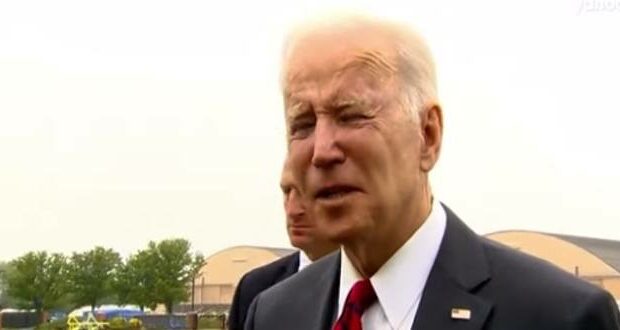 The majority of Democrats have lost confidence in President Joe Biden and want someone else to be their presidential nominee in 2024, “National Review” reported.

More than six in 10 said they would prefer another candidate while only 26 percent said the party should renominate Biden, according to a New York Times/Siena College poll released this week.

At 79, Biden’s age weighed heavily on respondents, with 33 percent of Democrats citing his advanced age as the reason for favoring an alternative candidate. The president is the oldest in American history. Younger voters are particularly eager for a fresh face more responsive to their interests, with 94 percent of Democrats under the age of 30 favoring someone new, according to the survey.

In late June, a video of Biden falling off his bicycle went viral on social media, leading to more frank discussions on both sides of the aisle about the president’s physical and mental health as he approached his 80th birthday. A minority of Democrats cited concerns aside from Biden’s age in justifying their opposition to his 2024 candidacy: 10 percent said he was not progressive enough, 4 percent cited his ability to win a general election and 3 percent specified his mental acuity as a barrier.

Jobs and the economy were the most motivating issues to 20 percent of voters, followed by inflation and the cost of living, which were the most important to 15 percent. Inflation climbed to 8.6 percent for the 12 months that ended in May, according to CPI data from the Bureau of Labor Statistics. However, positive signs are emerging for gas prices, with the average cost at the pump dropping by 3.1 cents late last week to $4.721 a gallon after approaching $5 in some parts of the country, according to AAA.

Despite the angry progressive reaction to the Supreme Court’s reversal of Roe v. Wade, abortion looms largest for only 5 percent of voters, specifically one percent of men and 9 percent of women, the poll shows, mollifying some Republican fears that the decision could ruin the GOP’s expected midterm spoils. The survey of 849 registered voters nationwide was conducted from July 5 to 7, accounting for the ruling.