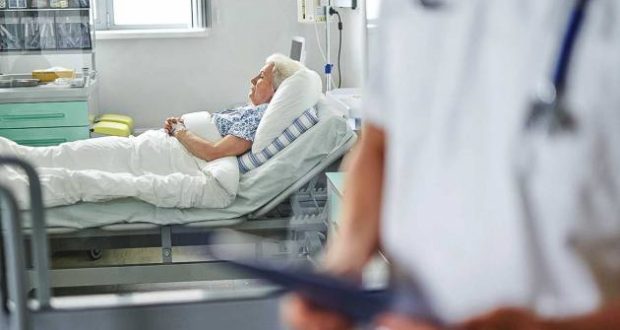 Dreams by dying patients should be respected says doctor

The dreams of patients at Hospice Buffalo in New York are providing insight into what people see and experience in the weeks and days before they pass away.

Pittsburg’s KDKA-TV reports that Dr. Christopher Kerr and his colleagues have long been documenting the dreams and visions of dying patients – dreams that he says make the process of passing into eternity a comforting experience.

Death is one of the mysteries of life. But the dreams of patients at Hospice Buffalo in New York State are revealing something incredible about the process of dying.

Kerr and his team have been documenting dreams or visions of dying patients for years.

They’ve found that the dreams are often comforting and make death less scary.

It turns out, when we have little time left, many of us may see the people we miss the most.

They’ve recorded many of the interviews.

A man named Horace explained one of his dreams: “My wife all of a sudden appeared.”

A woman named Jeanne describes how vivid they are: “I remember seeing every piece of their face. I mean, I know that was my mom and dad and uncle and my brother-in-law.” She continued: “I felt good. I felt good to see some people.”

A patient named Maggie dreamt about her sister, who had passed away before her.

But then, her sister gives her a message: “And then she says, ‘Soon we’ll be back. We’ll be back together.”

Dr. Kerr didn’t start out believing. He’s now the Chief Medical Officer at Hospice Buffalo, and when he was first starting out, something happened that opened his mind. He thought a certain patient could live a little longer with IV fluids.

He was skeptical, but he explained that he was proven wrong over and over.

“Everybody but me was able to prognosticate death in part based on what people were seeing or experiencing,” he said.

He says doctors aren’t trained to deal with these dreams, but he began studying them and realized that they’re therapeutic.

“Instead of having this fear of death,” said Dr. Kerr. “It almost transcends the fear of death to something bigger.” 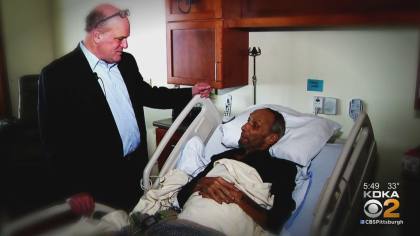 In 10 years, he and his team have documented 14,000 cases. Eighty percent of his patients report dreams or visions.

“What’s clear is people are universally saying this feels more real and different than any dream I’ve ever had before,” he said.

KDKA met one of those patients during our visit, a man named Gregg Liebler.

Liebler: “My grandmother and grandfather are both passed.”
Dr. Kerr: “Have you had any dreams of them?”
Liebler: “Yes. I see them often.”

Liebler’s sister, Karen Paciorkowski, is a nurse at Hospice Buffalo.

“He was really close with my mom’s parents,” she said.

“The people who loved him and nurtured him, he says the most, were his grandparents and that’s who returns to him,” Dr. Kerr said.

He sees himself as a child, talking to them again.

Liebler passed away less than three weeks after our interview.

He says the dreams happen more often as death gets closer, and there are common themes, like upcoming travel.

A patient named Paul shared one of his dreams, “She wanted me to pack up some things for her, so I had this crazy dream, I’m packing goods.”

A patient named Patricia felt relief after delivering a message to her deceased husband: “I told him, ‘You should have taken care of this, and I want you to know that I’m really angry that you didn’t,’ and he smiled.”

When children are dying, they often don’t know any people who have passed, so their dreams are of deceased pets.

A girl named Jessica explains her dreams: “I dream about my old dog Shadow, that has passed away.”

“They’ll come of these experiences and say they want to go back,” said Dr. Kerr.

So what causes the dreams? Is there a religious, spiritual or scientific explanation?

He says his goal is just to record what’s happening and he’s not sure there need to be an explanation.

“When they wake up crying because they’ve been so deeply moved by something,” said Dr. Kerr. “That just should be respected. Period.”