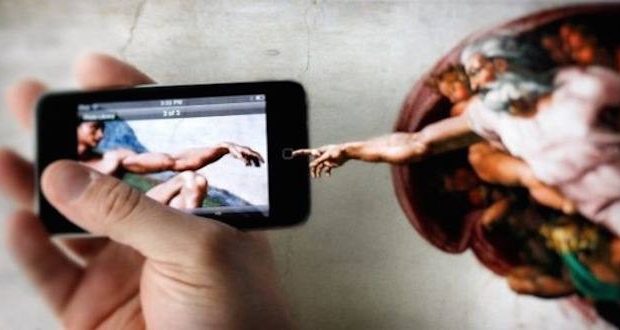 Faith does affect words we choose on social media

Are you more likely to use words like “happy” and “family” in your social media posts? Or do you use emotional and cognitive words like “angry” and “thinking?”

The type of words you use on social media may provide hints at your religious affiliation, a new study finds.

Researchers in the U.S., UK, and Australia examined the accounts of nearly 13,000 Facebook users, hoping to both validate previous research and conduct a new inquiry into the kinds of words we use on social networks.

Using a multifaceted and comprehensive approach, the researchers found that individuals of faith were more likely to use words with a religious connotation, such as “faith,” “devil,” and “praying” on Facebook.

In addition, pious people were more inclined to use positive words like “love” and “family,” along with words implying solidarity (e.g., “mothers” and “we”).

Non-religious individuals, on the other hand, were predisposed to writing messages that implied extreme dislike (e.g., “hate”), along with words associated with negative emotion and cognitive processes (e.g., “reasons”).

Those unaffiliated with a religion were more likely to use profanity, mention mortality, and post about human anatomical regions on social media.

Overall, the use of more cheerful and optimistic language was associated with piety, the researchers note.

Although over 80 percent of the world is religious, secularism is on the rise in the Western World.

Yaden and others are unsure as to whether different language use reflects inherently different psychological states among the non-religious, or if it’s a conditioning taught within the group.

Future inquiries could look into what shapes choice of diction.

The researchers also hope to compare the differences in word choice between different faiths.

The study’s findings were published recently in the journal Social Psychological and Personality Science.