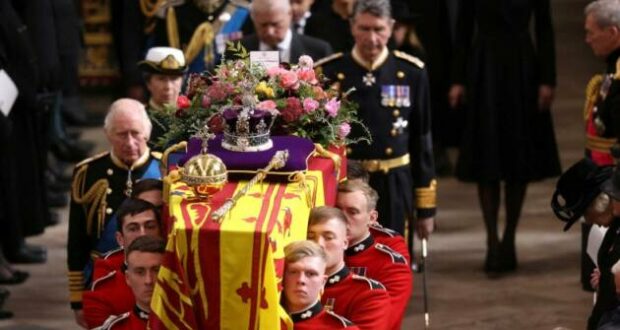 Billions of people around the world heard about the faith of the late Queen Elizabeth during her funeral on Monday. That means that more people heard the Gospel Monday than at any other single moment in history. Estimates put the audience at 4.1 billion people – more than half of the world’s 7.75 inhabitants including in nations where sharing the Gospel can result in death.

Her lifetime of service was inspired by her Christian faith and by the life of Jesus, who “came not to be served but to serve,” the archbishop of Canterbury said during the service.

“Her late majesty famously declared on her 21st birthday broadcast (in 1947) that her whole life would be dedicated to serving the nation and Commonwealth,” Archbishop Justin Welby said. “Rarely has such a promise been so well kept. Few leaders receive the outpouring of love that we have seen.”

“Jesus does not tell his disciples how to follow but who to follow, saying, ‘I am the way the truth and the life,'” Welby said. “Her late majesty’s example was not set through her position or her ambition but through whom she followed. I know his majesty [King Charles III] shares the same faith and hope in Jesus Christ as his mother, the same sense of service and duty.”

“Her service to so many people in this nation, the Commonwealth and the world had its foundation in her following Christ, God himself, who said that he came not to be served but to serve and to give his life as a ransom for many,” Welby said. “People of loving service are rare in any walk of life. Leaders of loving service are still rarer. But in all cases, those who serve will be loved and remembered when those who cling to power and privileges are long forgotten.”

Christians believe death “is the door to glory,” he said. Those who put their trust in Jesus, he said, will see Queen Elizabeth again.

“Christian hope means certain expectation of something not yet seen,” Welby said. “Christ rose from the dead and offers life to all — abundant life now and life with God in eternity. We will all face the merciful judgment of God. We can all share the queen’s hope, which in life and death inspired her servant leadership — service in life, hope in death. All who follow the queen’s example and inspiration of trust and faith in God can with her say, ‘We will meet again.’”

At one point during the sermon, the archbishop praised the Queen’s Christian service while saying the vane accomplishments of the rich and powerful would be forgotten. “Leaders of loving service are still rarer. But in all cases, those who serve will be loved and remembered when those who cling to power and privileges are forgotten,” he stated.

“The Archbishop of Canterbury just called out the whole room for clinging to power and privileges and basically saying no one will remember any of them because of it,” quipped one royal watcher on Twitter.