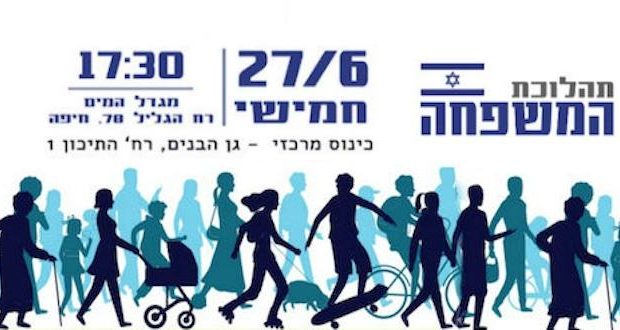 Two competing parades are showing that Israel is a land of contrast. Home to the world’s three monotheistic religions, it also provides personal freedom that is unparalleled in the Middle East, including that of the LGBT community.

Muslim female citizens have the same rights as Jewish females. Israeli women serve in the IDF at a higher rate than women in the military of any country in the world. And, unlike all other countries in the Middle East and across Asia where homosexuals and other members of the LGBT community are killed on a regular basis, Israel’s LGBT community lives without fear.

But that openness and acceptance may have gone too far according to some Israelis.

A “Family Parade’ is set to serve as a counter to a major gay pride parade in Haifa this week. The counter parade is organized by both non-practicing secular and orthodox Jews. Their beef?  Too much attention to celebrating the gay lifestyle while family values increasingly are drowned out by Israeli media, entertainment and pop culture and encouraged by government policy.

According to the organizers of the event, the march is an initiative by both religious and secular citizens who wish to stress the importance of the traditional family values.

“We received massive support from everyone,” said one of the event organizers. “Religious, secular, new citizens and old citizens alike all supported us. A citizen who made aliyah from Russia translated the pamphlet to Russian and distributed it among his friends, the support was tremendous.”

Meanwhile, Facebook closed the page calling for people to join the march. “We are being fought on all possible fronts,” commented Attorney Na’ama Sela, one of the event organizers.  A new page has been established.

“The LGBT organizations make their way to the education system from kindergarten. There is an open debate on sexuality in school and on the street, while the ordinary family disappeared from the public agenda. The discussion speaks of vague sexuality and of a flexible family,” Sela added.

In the pamphlet distributed among the public by the organizers claims that “There are already companies in Israel that black market the womb of third-world women in a child-rearing farm, and are exploiting the tragedy of these disadvantaged women for the sake of same-sex couples.”

The organizers call on the general public to attend the march, “The ‘Family March’ is the first step in returning the discourse to the moral plane as it should be in a liberal society.”