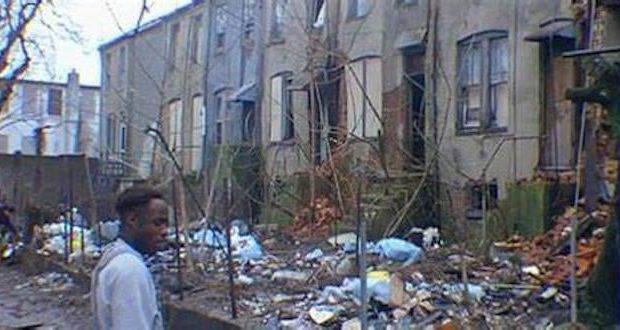 Baltimore residents are now coming out in defense of President Donald Trump’s recent comments about conditions in the city. Trump made comments condemning the poverty and crime in the city which is represented by Democrat Congressman. Elijah Cummings.

The city is infamous for having the highest crime rate in the nation and an astronomical poverty rate all while receiving $16 billion in Federal aid over the past few years.

While its residents may not have voted for Trump, their dire, eyewitness assessment of their own city agrees with the president.

Cummings, who is the House Oversight Committee Ranking Member,  has been pushing ongoing investigations and hearings regarding the president and has been critical of the president’s immigration policies, specifically conditions on the US border.

“Mr. Cummings saying that children were sitting in their own feces, that’s not right, it’s not accurate,” said Acting Chief of Staff Mick Mulvaney. “When the president hears lies like that he is going to fight back.”

The president sent more than a dozen tweets directed toward Cummings last weekend.

“Rep. Elijah Cummings has been a brutal bully, shouting and screaming at the great men & women of border patrol,” Trump tweeted.

“Cummings district is a disgusting, rat and rodent-infested mess. If he spent more time in Baltimore, maybe he could help clean up this very dangerous & filthy place…no human being would want to live there,” he wrote in another tweet.

While some democrats are portraying the president’s tweets as racist, others point to recent history when former President Barack Obama and current Senator and presidential candidate Bernie Sanders who made similar comments about Baltimore–without ever being called racist.

The escalating controversy prompted Fox News Contributor Lawrence Jones visit Baltimore to investigate inner-city conditions to learn the truth. He hit the streets for a special segment on the conservative network.

Jones asked residents, “When you look at Baltimore and everything that’s happening, would it be safe to say that Baltimore is in a crisis?”

“I would honestly say yes, from the drug selling to the killings, you know, the poverty, it’s just crazy,” responded one resident.

One woman replied, “I personally don’t even want to live in Baltimore anymore and I’m afraid to actually raise a family here, and this is my home.”

“I love Baltimore,” responded another woman. But she went on to say, “Baltimore is like a sewage right now. The president called our city rat-infested. That is true.”

When asked about the city’s leaders, one woman responded, “They sold out.”

During an interview, Lawrence argued that liberal policies in inner cities don’t work and haven’t worked for years.

“We’ve seen the failure of all these cities, including Baltimore, where there is corruption, the zoning commission, the mayor’s office,” he said. “There’s been bad apples in the police department. This entire town is corrupt.”

Lawrence went on to describe what he saw in Baltimore firsthand.

“These people feel like no one cares about them,” he said.  “Yesterday I went past a park. This is the summertime. You would think you would see kids playing in the park. Well, there were no kids playing in the park because the gang had taken over the park. You saw them selling drugs right there. Nobody came to break it up. This is an American city, and if we say that we care about people and we want to invoke change, then we’ve got to do something about it.”

“I understand that in many circles they think the conservative message wouldn’t be welcome here. They don’t care if it’s a conservative message or a liberal message. They just want people to care about them. We have tried the liberal message for over 70 years in this town, and it’s been reckless to these people. So, I’m saying conservatives come here, pound the pavement, talk to people, not about politics, but about what they’re going through. And I can guarantee you they’ll be willing to listen,” explained Lawrence.

As the deplorable conditions in Baltimore are exposed and residents begin to speak out, Democrats have begun to be silent because the city has been managed by their party for over 40 years.