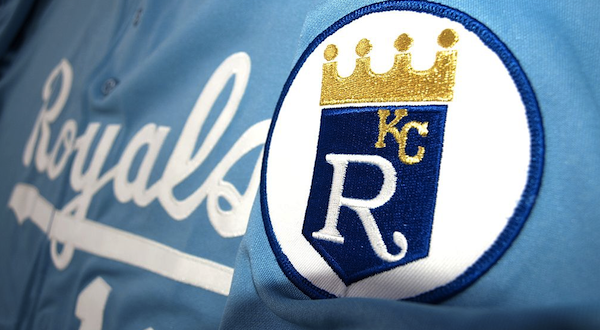 The best hitters in Major League Baseball fail two-thirds of the time. This year’s World Series champion likely will lose 60 games. Fans who praise the manager and players when they are winning often want them to be fired or traded during a losing streak.

After a lifetime in the game, Dayton Moore, senior vice president-baseball operations and general manager of the Kansas City Royals, has learned to never get too high or too low. 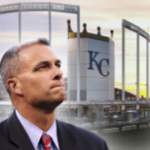 “You have to be able to manage failure well if you want to be successful on the field,” he said “Make sure you are not motivated by praise or defeated by criticism.”

Moore has seen both sides of the coin since arriving in Kansas City nine years ago. After enduring seasons where his team lost more than 90 games, his team won the American League pennant in 2014 and pushed the World Series to the bottom of the ninth inning of the seventh game.

Moore grew up in Wichita as a fan of the Royals. He played college baseball at George Mason University, where he earned a bachelor’s degree in physical education and health, and then a master’s degree in business administration.

He worked his way up to assistant general manager/baseball operations for the Atlanta Braves, perhaps the most successful organization in baseball during his tenure. Many baseball insiders believed he eventually would replace General Manager John Schuerholz when he retired.

However, his first love for the Royals was enough to draw him to Kansas City, even at a time when the Braves had some the best talent in baseball and the Royals’ cupboard was bare, to put it mildly.

Big-market teams occasionally can spend their way to short-term to success. That wasn’t an option for the small-market Royals. Moore knew the long-term solution was to draft and develop talent in the minor leagues while taking a few lumps at the major-league level. That approach makes sense from a baseball perspective but doesn’t always sit well with impatient fans.

“Do things the right way, and don’t get caught up in the wins and losses,” he said. “From day one, we have done everything we could to create a great environment where people want to work. We are growing the game in Kansas City and doing everything we can to improve the product, from the minors to the majors, focusing on how to get better. I have enjoyed every day I’ve had in the game, regardless of the success on the field.”

Moore also realized early on that forgiveness is one of the most powerful forces in life. “Here in Kansas City, I have learned to forgive every day,” he said. “I don’t let criticism ruin the harmony. Move past that and keep leading; you can’t quit.” Kansas City Royals Faith and Family day will be July 11.

The ups and downs in baseball have been a big help in the more important game of life.

“There are great parallels between the two,” he said. “The main thing I have learned is that my team at home, being a husband and father, is the most important responsibility I have.”

He credits his strong faith for being able to balance the demands between his team and his family. Moore takes his role of being a leader, at home and in the clubhouse, seriously. Just as importantly, he is committed to developing leadership throughout the organization.

“Your leaders shape your culture, so they should be the most positive and optimistic people in your organization,” he said. “If they can’t lead with positivity, it will be very difficult to manage the ups and downs of daily routine with players. Leaders shape your culture. We talk a lot about organizational harmony and are committed to settling disputes very quickly. We debate vigorously, but it is never personal.”

One key area where Moore has shown leadership is the team’s annual Faith & Family Day, which will take place following the home game against the Toronto Blue Jays on July 11. At a time when many Christians are criticized for expressing their faith in public, Moore is proud of the support from the entire Royals organization.

“The Atlanta Braves and a few other teams have faith and family days, but it’s not the majority, that’s for sure,” he said. “It simply wouldn’t happen if the Glass family (CEO David and President Dan) were not supportive. Hobby Lobby and the Green family also have stepped up and supported this event.”

“One of the beauties of baseball is that it is extremely diverse and attractive to many cultures and socioeconomic groups,” Moore said “It appeals to the masses. Players on both teams get involved, and it’s a natural way to express their faith at the ballpark.”

He also has seen the event build unity among area churches.

“There is a great synergy among churches here,” he said. “Baseball is a terrific way to connect families, and the team is playing a lot better in the last couple of years. When you first do something and have some success and value, the more participation you have the following year. Local pastors can see the benefit.”

Despite all of his recent success, Moore is far from resting on his laurels. “I never go to bed at night thinking everything is perfect.”

In baseball as in life, he never stops swinging for the fences.