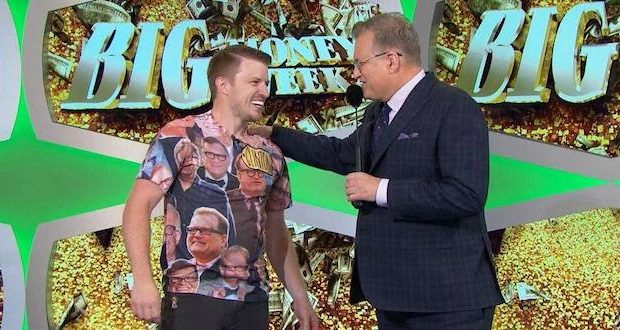 Missouri man takes it to the bank on Price is Right

You can add Show-Me-State to Friday’s Showcase Showdown winner on the Price is Right. Clint Singleton of Chillicothe has won $82,000 in prizes, including trips to the Virgin Islands, Costa Rica, Iceland and Thailand, along with a cash jackpot of nearly $53,000.

“I’m planning on taking all four trips,” Singleton told KCHI in Chillicothe. “Thankfully, with the way my job is set up, I can work for a few months and then take off as much time off as I want to. The tricky part is going to be when to plan these trips because I have to take all four of them in the next year or they basically expire.”

The show taped six weeks ago and Singleton has had to keep his big day under wraps this whole time.

“I told everyone that kept trying to ask me about it, ‘You know what, I don’t want to tell you because it will just ruin it for you. It will ruin the surprise.’ I would just say ‘You’re going to watch it. You should be happy with what happens,’” he says.

Uncle Sam also took a nice slice of his winnings from The Price is Right.

Previous: Alternate Endings documentary: How do you want to die?
Next: Consumers are dying to explore new funeral options