Home / Entertainment / Alternate Endings documentary: How do you want to die? 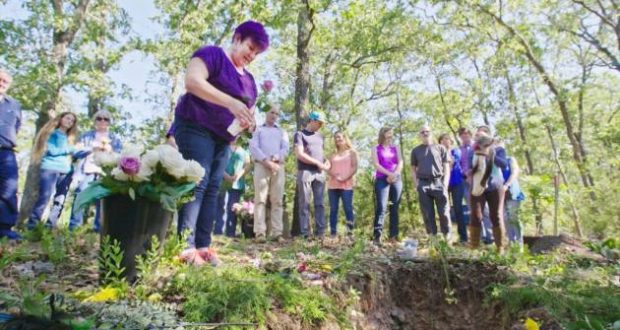 Alternate Endings documentary: How do you want to die?

Got your burial plot picked out yet? How ’bout your casket? Planning on cremation? So where will your ashes go? A coral reef, maybe? Outer space?

Death – especially our own – is often uncomfortable to ponder. In an aging society, Alzheimer’s, cancer and more reinforce its reality.

Alternate Endings shows Leila Johnson burying her dad’s ashes in cement that becomes part of a memorial coral reef in the Gulf of Mexico.

Ever wonder what people might say about you at your memorial service? Terminally ill, 80-year-old Guadalupe Cuevas enjoys a living wake, hearing friends’ and relatives’ tributes. 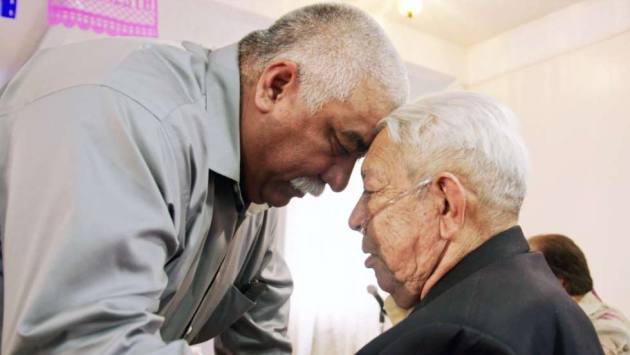 Guadalupe Cuevas (right) at his living wake; one of the many featured “alternate endings” in HBO’s new documentary. (Photo from HBO)

Barbara Jean arranges her “green burial,” with biodegradable cloth body wrap and a shallow grave near a new tree.

Sara Snider Green provides a “heavenly” sendoff – of sorts – by launching her father’s remains into space on a NASA rocket.

Five-year-old terminal cancer victim Garrett Matthias wanted not a funeral but a party for kids with bouncy houses and snow cones. Wish granted.

76-year-old Dick Shannon has untreatable, terminal cancer. He wants to die on his own terms. After appropriate goodbyes, he plans to drink a fatal pharmaceutical cocktail, all legal in California. His musings and interactions as his departure approaches are fascinating to follow.

Dick helps build his own coffin. At a goodbye party, his friends write notes on the lid.

Dick reflects in Alternate Endings: “When I think about my death, it’s bothersome to me not knowing what it’s going to be like. Is there anything after that?” 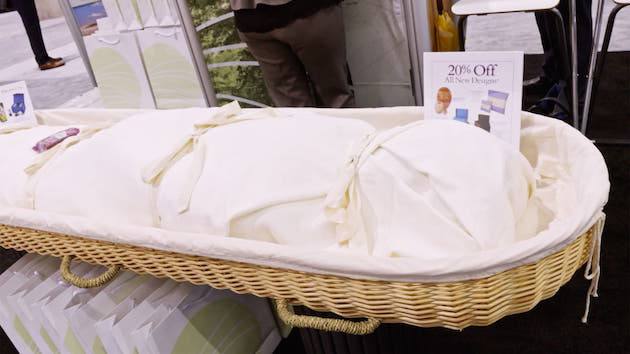 A “green” casket and burial cloths.

Is there anything after that? Can we ever know?

Facing our mortality can be scary. The late anthropologist Ernest Becker argued in his Pulitzer Prize-winning book The Denial of Death that desires to avoid fear of death explain much human behavior. The summer before entering university, I wrestled with my own afterlife questions. Lacking good answers, I gave up.

Losing loved ones over the past decade has taught me much. My siblings and I scattered our parents’ ashes in the California ocean. Concerns about wind blowing the ashes back on us were moot, but we were unprepared for the seemingly tame waves that suddenly rose and drenched us – twice! We suspected our parents would have been laughing.

As my late wife’s caregiver during her 3½ year cancer journey, I was sad watching her die. But we each found comfort in a lesson that, in many ways, stems from our Jewish friends and their heritage.

One ancient Hebrew book describes Job, who, despite his slew of troubles, affirmed, “I know that my Redeemer lives.”  That gave him hope.

A skeptic in my youth, I didn’t believe my Redeemer lived.  Then I examined the evidences for Jesus’ bodily resurrection and found it one of the best attested facts in history. He said, “I am the resurrection and the life. The one who believes in me will live, even though they die.” It made sense for me to place my trust in him, and that assured me of a bright future after death.

HBO’s Alternate Endings can get you thinking about your own mortality. Perhaps these comments can also help you find the answer to “Is there anything after death?” I hope so.

–Rusty Wright is an author and lecturer who has spoken on six continents. He holds Bachelor of Science (psychology) and Master of Theology degrees from Duke and Oxford universities, respectively. www.RustyWright.com

Previous: ‘Fulfillment of prophecy,’ say Christians in Israel celebrating the Feast of Tabernacles
Next: Missouri man takes it to the bank on Price is Right