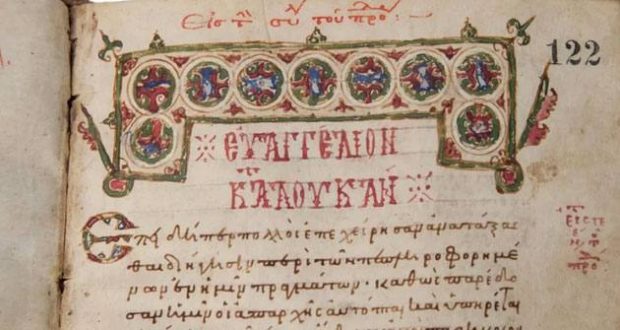 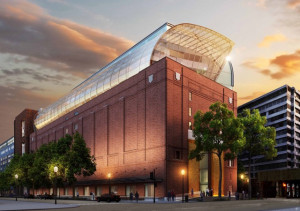 One year after the Green family — owners of the craft store chain Hobby Lobby and principal sponsors of the Museum of the Bible — agreed to pay a $3 million fine for unknowingly importing illegal artifacts from Iraq, the museum is returning a medieval New Testament manuscript to the University of Athens after learning the document had been stolen from the Greek institution.

The return follows an investigation the museum is conducting on the provenance, or origins, of more than 3,000 items in its collection.

Late last week, the Washington, D.C., museum that opened in November 2017 announced it would return the medieval Greek manuscript of the four Gospel accounts of Jesus’ life to the University of Athens. It marked “the first return of an artifact because of a provenance issue,” said spokeswoman Michelle Farmer of DeMoss.

The item, known as “Manuscript 18” and dating to the 1100s, had gone missing from the university’s library in 1991. It turned up seven years later a Sotheby’s auction in London, where it was purchased by an unknown owner. It wasn’t until 2010 that Hobby Lobby President Steve Green, owner of one of the world’s largest private collections of biblical texts and artifacts, bought the manuscript. The Green family, major funders of MOTB, donated it to the museum in 2014.

Jeff Kloha, chief curatorial officer, told RNS that the decision to return the item was easy. “We’re a Museum of the Bible, so it’s ‘do unto others as you would have others do unto you,’” he said, citing Matthew 7:12.

Kloha said the museum was following standards set forth by the American Alliance of Museums and the Association of Art Museum Directors. “We want to act in an ethical way, a nice way to help a sister institution,” he said. “This is an opportunity for us to act responsibly and demonstrate we’re a museum” that adheres to standards.

Kloha noted that MOTB is seeking accreditation from the American Association of Museums, and that doing things according to standards is a part of that process. Accreditation reflects a museum’s professionalism, he said, “and also helps with lending partners” when approaching other institutions for the loan of items.

Manuscript 18 is currently on display through an agreement with the University of Athens and will be formally returned on Oct. 1. Kloha said the manuscript has been “digitized … and put online” for public viewing.

Kloha, who holds a doctorate from the University of Leeds in England, noted the many “points of locating” the manuscript from the early 1900s to the present. “This is such a clear-cut case when we talked with the University (of Athens),” he said. “(This was) not a random manuscript, but it had intimate connections with the university and belonged in that collection.”

One such connection was Spyridon Lambros, a 19th- and early-20th-century Greek historian who taught at the university for 23 years and donated the manuscript to the university. Lambros also briefly served as Greek prime minister from September 1916 to April 1917.

Following the Manuscript 18 donation, the museum listed the item on a database of New Testament manuscripts at the Institute for New Testament Textual Research at the University of Münster in Germany. That listing drew the attention of Theodora Antonopoulou, a professor of Byzantine literature at the University of Athens. Her research showed that the manuscript had been appropriated from the school without its permission. On determining that the item belonged to the university, MOTB officials arranged to return it.

Attorney Thomas R. Kline, a lecturer in museum studies at George Washington University as well as a consultant to the MOTB, said the return “reflects the (museum) board’s commitment to an (ethical) approach at the highest level.”

Such standards were highlighted after the 2017 agreement by the Green family to return thousands of artifacts that U.S. federal officials said were illegally imported, as well as pay the $3 million fine. Some academics argued the incident would tarnish the MOTB’s reputation but others conceded the difficulties of provenance inherent in assembling collections of ancient artifacts.

Previous: Mistrial declared in majority of charges against Manafort
Next: Illegal immigrant charged in murder of Iowa college student 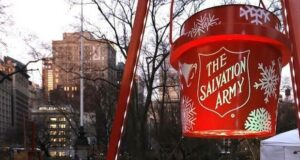