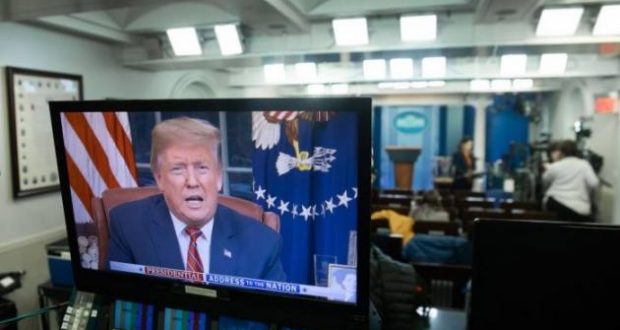 Coverage of Donald Trump’s presidency on the three major TV networks—ABC, CBS, and NBC—was overwhelmingly negative in 2018, just as it was a year earlier, according to a study conducted by the Media Research Center.

“To determine the spin of news coverage, our analysts tallied all explicitly evaluative statements about the president or his administration from either reporters, anchors, or non-partisan sources, such as experts or voters,” Rich Noyes, MRC’s research director, explained in the report.

Similarly, a 2017 report by Pew Research Center found reporting on Trump has been the most negative compared to other presidents over the past 25 years. Their analysis across 24 different media organizations on the first 100 days of Trump’s presidency revealed that only 5 percent of media reporting during the period was positive.

In spite of what the president has done for economic growth, such as gains of more than 3 percent in the GDP and historically low unemployment rates—special counsel Robert Mueller’s investigation was the single most covered news topic in 2018, garnering 858 minutes of airtime.

Since Jan. 20, 2017, Mueller’s probe into alleged links between the Russian government and Trump’s 2016 presidential campaign has received a combined total of 2,092 minutes of coverage across the three networks’ evening newscasts.

Meanwhile, a majority of Americans believe Trump’s critics are politicizing the Russia investigation according to a new poll by IBD/TIPP, a collaboration between Investor’s Business Daily and TechnoMetrica. The Jan. 14 poll found 51 percent of Americans agreed that the “president’s opponents are using the ongoing special counsel investigation into alleged Trump-Russia collusion as a way to delegitimize the 2016 election [result].”

Those who agreed included 52 percent of independents and 70 percent of Republicans. The poll also found almost a third of Democrats, 31 percent, concurred. Meanwhile, about 44 percent disagreed with the statement.

Just five topics were the focus of over half of Trump’s coverage on the three evening newscasts, according to MRC. The topics include the Russia investigation (858 minutes); immigration policy (643 minutes); the Kavanaugh nomination (435 minutes); dealing with North Korean nukes (410 minutes); and the Michael Cohen/hush-money investigation (341 minutes).

An MRC chart highlighted how each network’s slant on the topics was again, overwhelmingly negative. The coverage ranged from 80 percent negative press on North Korea to 99 percent negative on the Cohen story.

Meanwhile, in December, the partial government shutdown gained 67 minutes of network airtime, or about one-fifth of the total coverage of Trump.

In that month alone, almost 97 percent of the broadcasting had a negative slant as to how the president handled the shutdown.

Turning to Twitter, Trump hit back at the slanted coverage but didn’t name any specific person or media.

“The Fake News gets crazier and more dishonest every single day. Amazing to watch as certain people covering me, and the tremendous success of this administration, have truly gone MAD! Their Fake reporting creates anger and disunity,” he wrote on Jan. 14.

“Take two weeks off and come back rested. Chill!”

Previous: Israel to assist in scanning river for Holocaust victims
Next: Justice Ginsburg misses another week, work starts on replacement