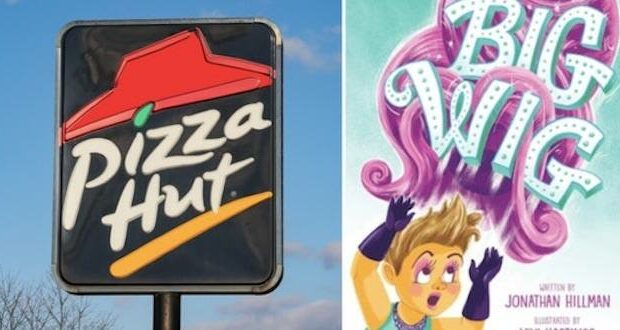 Pizza Hut is facing a backlash from its customer base after it included a book about a child drag queen in its reading program for children.

The recommendation was made as part of the company’s BOOK IT program, a 40-year-old program that aims to encourage reading in schools nationwide. This year’s program began on June 1, and the company included a book called “Big Wig” in its list of recommended books, which is about a young boy protagonist who decides to dress in drag during a costume competition.

Critics say the decision is another example of pushing sexuality issues onto kids. Thousands have called the corporate customer service line to voice their concerns.

In an email sent as part of the program launch, the company said that the recommended books explore the “uniqueness” of every person, celebrating “individuality” and encouraging children to see what “makes us different, makes us special. Big Wig, written by Minnesota author Jonathan Hillman, “celebrates drag kids,” individuality, and self-confidence from the “perspective of a fabulous wig,” publisher Simon & Schuster said on its website.

“When a child dresses in drag to compete in a neighborhood costume competition, he becomes B. B. Bedazzle!” the description of the book says. “A key part of B.B. Bedazzle’s ensemble is a wig called Wig. Together they are an unstoppable drag queen team. But Wig feels inadequate compared to the other, bigger wigs. When Wig flies off B. B.’s head, she goes from kid to kid instilling confidence and inspiring dreams in those who wear her.”

“Pizza Hut was started in Wichita and mostly funded by Kansans,” said Matt Schlapp, chairman of the Conservative Political Action Conference “These folks would be appalled that their amazing American success story is part of the effort to destroy America and her children. These companies need to realize we won’t use their products any longer.”

In addition to the Pizza Hut book promotion, several incidents of pushing drag literature and entertainment on children have popped up recently. The Ramstein U.S. Air Force Base in Germany canceled a June 2 event called “Drag Queen Story Time” aimed at children after Republican Sen. Marco Rubio wrote a letter asking for canceling of what he called “public-funded propaganda.” Last month, insurance giant State Farm pulled out a program that involved giving transgender and gay pride books to schools. It, too, faces calls for a boycott.

Chris Rufo revealed in April that Disney has been “adding queerness” to children’s programs. And children’s cartoon Blue’s Clues featured a song for Pride Month sung by a cartoon drag queen, celebrating families with gay, lesbian, transgender, and nonbinary members.