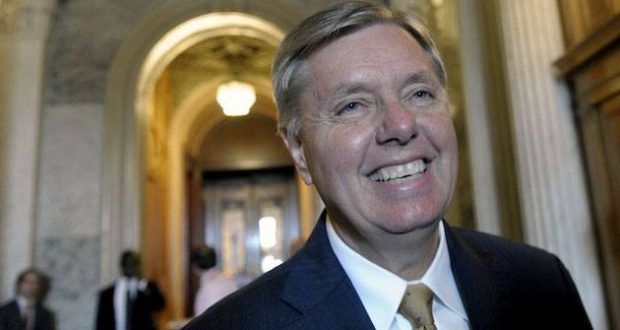 Sen. Lindsey Graham, R-S.C., on Tuesday introduced legislation that would ban the killing of unborn children nationwide after 15 weeks. It was the first bill introduced at the federal level since the U.S. Supreme Court overturned the Roe v. Wade decision that legalized abortion.

Contrary to media hype and political talking points, the Dobbs decision does not ban abortion but gives state and federal lawmakers the authority to set limits on abortion or increase gestational ages for abortion. Several states have moved to ban abortion, while it remains legal up to the moment of birth in several Democrat-controlled states.

In response to the Dobbs decision, congressional Democrats have restarted their previous efforts to pass the so-called Women’s Health Protection Act, which would codify abortion into federal law and limit the ability of states to pass pro-life laws. Graham characterized his legislation as a response to the Women’s Health Protection Act, which has passed the House but failed to pass the Senate.

“If we adopted … our bill, we would be in the mainstream of most everybody else in the world,” Graham said at a news conference. “I think there are 47 of the 50 European countries that have a ban on abortion from 12 to 15 weeks.”

Graham and pro-life leaders touted the legislation as reflecting a consensus on abortion, pointing to a Fox News poll showing that 54 percent of Americans support banning abortion after 15 weeks gestation, with exceptions for medical emergencies, while just 41 percent opposed a ban. Pro-life activists and some Republicans see this legislation as an opportunity to put Democrats on defense with less than two months to go until the midterm elections.

Recent polling contradicts pro-choice narratives that Dobbs will hurt Republicans in the midterms. While it has energized pro-abortion adherents, it has also energized the pro-life community who saw the overturning of Roe as the culmination of 50 years of prayerful effort.

Voters continue to rank the economy and inflation much higher than abortion as a concern for the upcoming November elections.

Previous: Mortgage interest rates surge past 6% with no signs of stopping
Next: MyPillow’s Mike Lindell shares details of FBI raid