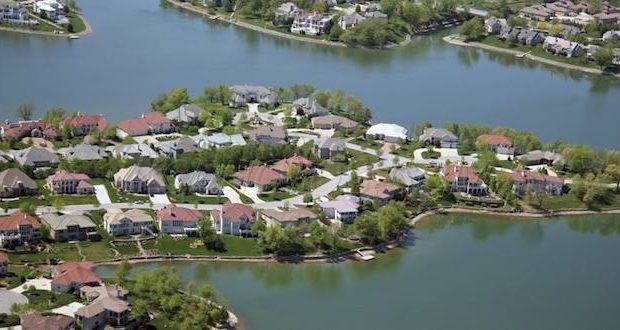 A neighborhood in Lee's Summit.

Missouri boasts a number of great places to raise a family, but its two largest cities are not among them. Kansas City ranked 71st in a recent WalletHub survey, while St. Louis brought up the rear.

The survey compared more than 80 of the state’s biggest cities across 21 key indicators of family-friendliness. The dataset ranges from housing affordability to quality of school system to unemployment rate. Although Kansas City scored high on options for family life and fun, the grades for other categories fared poorly.

Several suburbs, however, did much better:

While St. Louis hit the bottom of the list, many surrounding suburbs ranked at the top. Dardenne Prairie was first, followed by Eureka, Wentzville, Webster Groves and Wildwood rounding out the top five.

“Combining Midwestern sensibility with Southern charm, Missouri balances urban and rural traits well with its richly diverse culture, economy and landscape. Two major U.S. cities, Kansas City and St. Louis, border the eastern and western sides of the state, while a popular tourist destination, the mountainous Ozark region, dominates its southern half. The plains to the north are perhaps what many outsiders imagine when Missouri comes to mind. But each of these areas serves an important role and contributes heavily to the state’s strong economy.

“Missouri boasts the 15th lowest unemployment in the United States, while personal-income growth remains healthy. And with the fourth-lowest cost of living in the United States, affordability in Missouri puts more money back in parents’ pockets — perhaps to save for a comfortable retirement in the state or invest in long-term educational goals for their children. Missouri is home to several of the best and cheapest colleges and universities in the Midwest.”