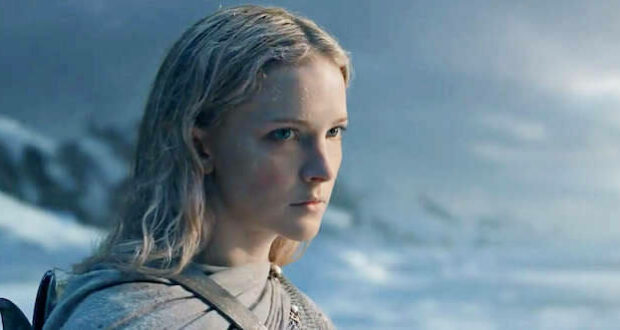 Amazon has released the action-packed new trailer for “The Lord of the Rings: The Rings of Power,” a highly-anticipated series based on the bestselling books by Christian author J. R. R. Tolkien. The trailer has audiences around the world waiting in anticipation for this, the backstory to Tolkien’s original work.

From showrunners and executive producers J.D. Payne and Patrick McKay, the Lord of the Rings spinoff saga premieres Sept. 2 on Amazon Prime, with new episodes available every week.

The drama is set thousands of years before the events of Tolkien’s The Hobbit and The Lord of the Rings books took place. It will reportedly follow the centuries-long conflict centered on the Dark Lord Sauron and his tireless quest for power across Middle Earth.

Filmed in New Zealand, the series “will take viewers back to an era in which great powers were forged, kingdoms rose to glory and fell to ruin, unlikely heroes were tested, hope hung by the finest of threads, and one of the greatest villains that ever flowed from Tolkien’s pen threatened to cover all the world in darkness,” the show’s description page says.

“Beginning in a time of relative peace, the series follows an ensemble cast of characters, both familiar and new, as they confront the long-feared reemergence of evil to Middle-earth. From the darkest depths of the Misty Mountains, to the majestic forests of the elf capital of Lindon, to the breathtaking island kingdom of Númenor, to the farthest reaches of the map, these kingdoms and characters will carve out legacies that live on long after they are gone.”

The new series will feature both old Lord of the Rings characters and introduce new ones. Show creators reportedly worked with Tolkien experts, including Tolkien’s grandson, Simon Tolkien, to bring new characters to life.

“I have enjoyed assisting Amazon Studios in connection with the series, and in particular providing input to JD Payne and Patrick McKay on matters including my grandfather’s original writing,” the younger Tolkien told EW.

According to Collider, Amazon spent nearly $5 00 million on just the first season of “Lord of the Rings” and $250 million to acquire the rights to Tolkien’s book series.

With book sales in the 250-300 million range, Tolkien, who died in 1973, is widely regarded as the father of modern fantasy. Movies made off Tolkien’s books — including the Oscar-winning blockbuster trilogy from director Peter Jackson —  have made billions at the box office and sparked several TV spinoffs.

A devout Christian, Tolkien’s faith was central to his life and is expressed in his novels through symbolism, themes and imagery. He famously saw his work as a way to bring the Gospel to the masses.

Tolkien is also credited with bringing his friend and colleague, Narnia author C.S. Lewis, back to the Christian faith.

In his work Surprised by Joy, Lewis wrote about his friendship with the Lord of the Ringsauthor.

“When I began teaching for the English Faculty, I made two other friends, both Christians (these queer people seemed now to pop up on every side) who were later to give me much help in getting over the last stile. They were HVV Dyson … and JRR Tolkien. Friendship with the latter marked the breakdown of two old prejudices. At my first coming into the world I had been (implicitly) warned never to trust a Papist, and at my first coming into the English Faculty (explicitly) never to trust a philologist. Tolkien was both.”

Watch the trailer for “The Lord of the Rings: The Rings of Power” below.

Previous: Why handwritten diaries are still relevant
Next: Ron Sider died July 27: Here’s why it matters