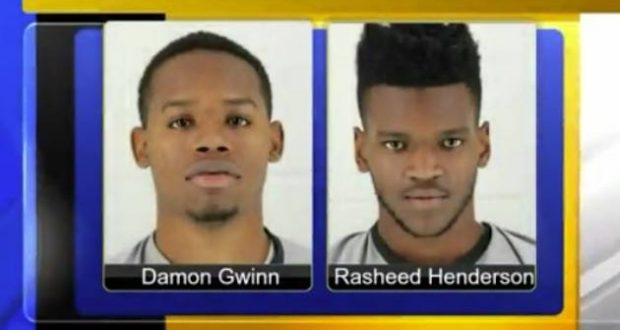 Two charged in Church of the Resurrection shooting

Two men have been charged in a shooting that erupted after a high school graduation at United Methodist Church of the Resurrection in Leawood.

The May 17 shooting wounded two people, including a newly graduated student, outside the church which is known for its large stain glass windows. Hundreds of people attended the ceremony for graduates of Center High School in Kansas City, Missouri.

Police say near the end of the night’s event, off-duty Leawood police officers at the church were told of a physical fight in the church parking lot. Officers arrived and broke up the fight. A short chase followed the incident.

Police said the shooting erupted during a fight and that more than a dozen shell casings were found at the scene.

Leawood police say Rasheed Henderson, 20, of Kansas City, and Damon Gwinn, 21, are now charged in connection to the shooting.

Gwinn has been charged with aggravated battery. A $250,000 bond has been requested by prosecutors.

Henderson is accused of recklessly fleeing from a police officer; a $100,000 bond has been requested.

Both will be in court on Thursday.

Previous: Consumers fear tech will increase loneliness
Next: A look back at ‘Romper Room’ and local host