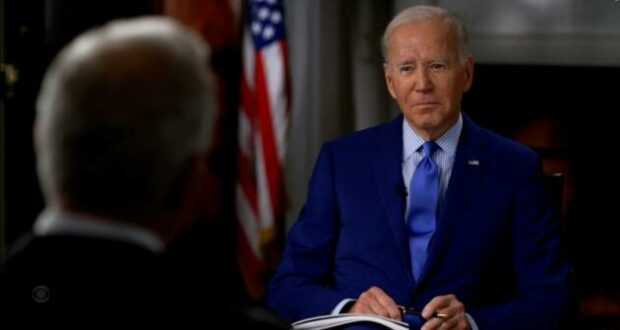 $1 at the start of the Biden administration is now worth just 88 cents. The devastating news for millions of families comes as the Federal Reserve again raises interest rates to stem inflation which is at a 40-year high.

The devaluation of the dollar by inflation has eroded Americans’ purchasing power says Sen. Ron Johnson (R-Wis.), who illustrated its effects in statement.

“Let this sink in: $1.00 at the start of the Biden administration is now worth $0.88. This is the Democrats’ tax on the middle class, and it’s crushing all Americans,” Johnson wrote.

Johnson also talked about the dramatic reduction in purchasing power due to inflation, especially among Americans on fixed incomes, such as retirees.

“It’s like the federal government stole $12,000 out of your savings account, and that’s exactly what they did because of their exorbitant and out-of-control deficit spending,” he said, “and they have no intention of stopping.” 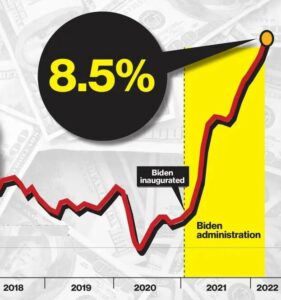 The numbers cited by Johnson align with the Consumer Price Index (CPI) -based purchasing power differential between the month Biden took the oath of office in January 2021 and last month, which shows that Americans now need one whole dollar to buy what 88 cents bought during Trump’s final month in office.

The Republican senator earlier criticized the passage of the Democrat-led Inflation Reduction Act, calling it a misnomer that would—contrary to remarks made by members of the Biden administration—add to inflationary pressures.

But the president is ignoring reality, as evidenced by his interview CBS’s “60 Minutes” program on Sept. 18. On the program he made bogus claims about inflation, contradicting the Federal Reserve.

Biden wrongly claimed that inflation “hasn’t spiked” and that it is negligible.

“The inflation rate month to month was just … an inch, hardly at all,” Biden said in response to a question by CBS’s Scott Pelley, who noted that the most recent CPI came in at an annual 8.3 percent—which is close to a multi-decade high—and that Americans were “shocked by their grocery bills.”

Grocery store inflation—based on the “food away from home” category in the CPI data—shot up by an annual 13.5 percent in August, the fastest in 43 years.

Biden replied to Pelley’s question by calling for “perspective” and focusing on the month-over-month rate of inflation in August—which was 0.1 percent—rather than the year-over-year pace of 8.3 percent.

The president’s remarks on inflation sparked a flurry of critical takes from Republicans and others.