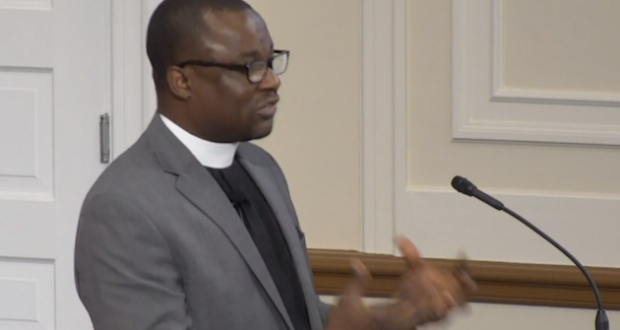 Pastor Samuel Odubena recently gave a sermon at Asbury Seminary Chapel in which he spoke about how Christians in the West ought to react to persecution. Odubena is an Anglican priest from Nigeria where violent persecution of Christians still occurs.

Persecution in Nigeria is a primarily regional phenomenon. The southern portions of Nigeria are predominantly Christian and the freedom of religion is broadly respected. Southern Nigeria also happens to be the wealthier half of Nigeria, and this prosperity helps blunt tensions. In northern Nigeria, where the population is predominantly Muslim and the terrorist group Boko Haram is still active, violence and discrimination against Christians is a very real danger.

Religious conflict in Nigeria is often split along ethnic lines with the Islamic Hausa and Fulani tribes in the north often sheltering and protecting Boko Haram and perpetuating discrimination against Christians who are often from tribes in southern Nigeria such as the Igbo and Ijaw tribes. 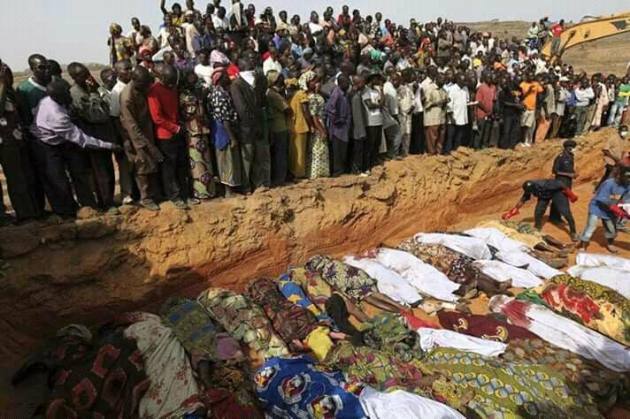 Odubena’s sermon came in two parts, the first focused on persecution, social shifts, and inaction on the part of Christians in the west. The second focused on the proper responses to these issues. In this modern age of soft persecution in the West, Odubena points out that the church has a difficult task in the world.

“It is not news to God that the Church exists in the midst of complexities,” Odubena preached, “complexities of individualism, relativism, technology, secularism, and pluralism.” Our Christian heritage is under a cultural assault all over the West. The forces of materialism and consumerism are taking over our society.

Odubena also states, “It is no news to God that one and one-half million unborn American babies are being aborted each year.” Though official statistics indicate this number is closer to 700,000, pro-life groups believe that approximately 1,000,000 babies are aborted in the United States each year. He also talks about Christians pining for the “good old days” when Christianity was dominant in society, as many Western Christians do. To quote Odubena, “It’s like we want a different mission field, but we are not going to get it.”

Odubena also gives an alternative to this passivity. He identifies the fear of reprisal as the primary force keeping Christians silent about these things. He calls fear “a major spiritual weapon the devil uses against the Christians.” This is especially relevant in his home country of Nigeria, where reprisals are not limited to attacks on social media or the loss of one’s job as they are in the west. Odubena urges Christians to be strong, even in the face of imprisonment or death. In addition to overcoming fear, Odubena urges Christians to make a difference in the world. “No matter who you are, wherever you find yourself, wherever God sends you, please be determined to make a difference.”

While not violent or overtly discriminatory yet, Christian persecution has been slowly increasing in the West, mostly in the form of political pressure to conform to current social norms. In his sermon to Asbury Theological Seminary, Odubena urges Christians to resist social forces attempting to change the teaching of the church. Otherwise it will soon be perverted into something contrary to God’s will. As Christians we must overcome our fears of reprisal and make a difference for Christ in the world. If we do not do this, we have abandoned our calling to be salt and light and have lost our saltiness and will be cast out onto the road (Matthew 5:13).

–By Benjamin Saine | The Institute of Religion and Democracy

Previous: Researcher thinks Ark of the Covenant under the Temple Mount
Next: How Orange County was lost and the Republican plan to take it back