Rather than take a stand for the biblical definition of marriage, Michigan’s largest Christian adoption agency waved the white flag last week, informing its employees that it will comply with a decision issued by the state’s lesbian attorney general that requires faith-based adoption agencies to place children in homes of so-called “LGBTQ” couples if they want to receive taxpayer funding.

Bethany Christian Services, a global nonprofit founded in Michigan in 1944 that currently operates in 35 U.S. states, has announced it will facilitate the placement of foster care children into gay and lesbian households in Michigan. The change will not impact other contracts the organization is currently engaged in. Nor will it affect their privately funded infant adoption and international adoption services. The agency’s national board of directors voted to alter their Michigan policy on April 11.

Bethany’s decision to jettison its previous support of biblical marriage occurred less than three weeks after Michigan’s increasingly anti-Christian attorney general, Dana Nessel, unilaterally voided a package of bills passed in 2015 by the state legislature that carved out conscience protections for religious adoption agencies. At the time, Nessel, who is “married” to a woman, said the laws were a victory for “hate mongers.” Bethany’s board notified employees of its capitulation to Nessel’s demands on Holy Thursday last week.

Of the three major Christian adoption agencies in Michigan, Bethany handles by far the most adoption cases for the state. The group’s financial statements reveal that in 2016 and 2017, respectively, 62% and 65% of their operating revenue came from government reimbursements. According to MLive.com, Bethany was overseeing 1,159 cases, or 8% of the state’s approximately 13,000 adoption cases, as of February 2019. Catholic Charities handled 404 cases, or 3%, while the Lansing-based St. Vincent Catholic Charities had 80 cases, or less than 1%. St. Vincent recently announced it filed a lawsuit challenging Nessel’s coercive ruling, which has been strongly rebuked by social conservatives.

At present, 90 agencies receive state money to help adoption services in the state of Michigan.

“The mission and beliefs of Bethany Christian Services have not changed,” the group alleged in a statement. “We are focused on demonstrating the love of Jesus Christ by serving children in need, and we intend to continue doing so in Michigan.” Similar language is found on Bethany’s website, where it claims to “bring glory to God in everything we do” and to “make decisions that are consistent with Biblical principles.”

LifeSite asked Bethany via email if it believes that “married” gay and lesbian couples are examples of “loving families” and if Bethany has anything to say to Michiganders who believe that biblical principles are opposed to homosexual “marriage.” LifeSite also asked Bethany if it has any comment on adults raised in gay homes who are speaking out about their upbringing and whether or not it is Christian to place children into LGBT households.

“At Bethany, we believe in God’s plan for marriage and family as it is outlined in the scriptures,” a spokesperson said. “We also believe that every child should grow up knowing that they are chosen and worthy of unconditional love and care. As Christians we must provide for the welfare of children in need, specifically in the arena of foster care.”

The spokesperson further stated, “Bethany cannot cede the foster care space completely to the world and leave children without the opportunity to experience Jesus through our loving care. Therefore, we will continue foster care operations in Michigan and serve all families in compliance with our contract requirements. The church must be present and engaged, even in environments where we are the minority. Remaining involved in this work provides Christian families the opportunity to partner with an agency that shares their faith and to unashamedly show the love of Christ by caring for children and families in need.”

Pro-family activist Robert Oscar Lopez was raised by lesbian women and has written about his experience on multiple occasions. He says same-sex couples raising children are engaging in “a form of abuse” due to the fact that children are denied their right to a mother and a father. His explosive 2015 book Jephthah’s Daughters: Innocent Casualties in the War for Family ‘Equality’ features dozens of essays by children reared by homosexual parents, all of whom warn about the dangers of giving gays the chance to raise kids. The book was shunned by not only the LGBT community, but, oddly enough, by some involved in the family values movement.

Lopez, who teaches humanities at Southwestern Baptist Theological Seminary, also said, “It’s self-centered and narcissistic to think that just because someone needs love, ‘I must be the one to give it to them.’ People can love you, and it’s still bad for you. We have laws against stalking. Just because I love a woman doesn’t mean I’m helping her by stalking her all day. Children need to be raised in a home with a mother and a father giving them proper guidance and socialization. There’s a reason God made ‘Honor thy mother and father’ as a Commandment. These people are denying children the chance to do that.”

In 2015, Lopez joined three other adults raised by same-sex couples in an amicus curiae brief to the 5th Circuit Court of Appeals warning the court about the devastating sociological impact legalizing same-sex “marriage” would have on children.

Rivka Edelman, a professor who was raised by lesbians and who co-edited Lopez’s 2015 book, has also spoken out against homosexual couples raising children, arguing in an essay for The Federalist that gay adults are treating children like “commodities” and that placing kids into homes of same-sex couples is, in reality, human trafficking.

When news broke that Bethany Christian Services changed its policy to fit Nessel’s secular ideology, she thanked the group for no longer discriminating and for helping children find “loving, nurturing ‘forever’ homes.”

Previous: A critique of the Kansas Supreme Court decision finding a “right” to abortion in state Constitution
Next: Christian fitness: Is the Church slacking off? 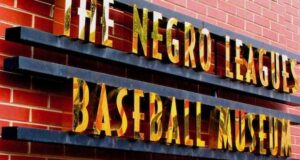 Congress moves to rename your town or state over ‘racist’ names 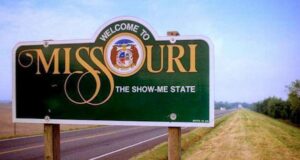 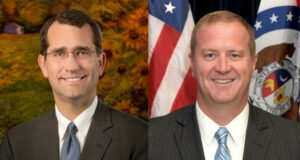 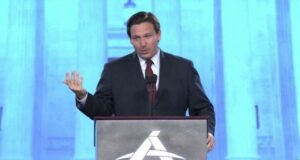 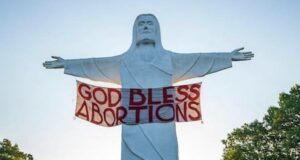