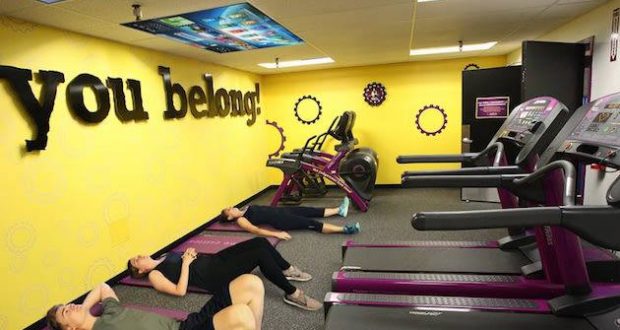 Planet Fitness has lost a major judgment by a Michigan appeals court that ruled in favor of a woman who filed a lawsuit against their locker room policy. That policy favored anyone who claimed to be transgender. The nation’s largest gym revoked her membership following her complaint about a man walking into the women’s locker room while she was getting undressed and later stalked her.

Cormier’s membership was canceled in 2015 because she warned fellow gym members over several days about seeing a man, who claimed to be “transgender,” in the women’s locker room. Planet Fitness told her that it allows people to use the locker room that matches their “identity,” but Cormier argued that the club should have disclosed its unwritten policy earlier.

Cormier “was already a member of the gym when she learned of the unwritten policy and was thus subject to a financial penalty if she canceled her membership earlier than provided in the membership agreement,” said the court’s opinion. Her “actions indicate that she strongly preferred a locker room and a restroom in which individuals who are assigned biologically male are not present, and it is thus reasonable to infer that defendants’ failure to inform plaintiff of the unwritten policy affected her decision to join the gym.”

“We commend the Michigan Supreme Court in this decision against Planet Fitness which is endangering women by allowing men in the women’s facilities and punishing those who object,” Mat Staver, founder and chairman of Liberty Counsel, said in a statement. “This is a safety issue for women who understandably do not want to share a locker room with men. This is also discrimination based on sex and violation of state law. Planet Fitness cannot have secret policies and expect to get away with it.”

In a similar but separate incident, a Planet Fitness gym in Leesburg, Florida, recently revoked another woman’s membership after she voiced discomfort with a man, who claimed to be a transgender woman, being in the locker room while she was changing clothes.

“On May 29, 2018, staff at the Leesburg location revoked Mrs. H.’s membership after she was intimidated and alarmed by Mr. Rice in the women’s locker room at this location, and complained about him,” Liberty Counsel wrote in a letter to Planet Fitness CEO Chris Rondeau.

The woman, who was identified in the letter only by the name “Mrs. H,” is a survivor of attempted rape.

The letter stated that Rice made no attempts to appear as a woman and is said to have been standing in the women’s locker room facing the mirror and “pretending” to apply makeup when Mrs. H entered the locker room.

“She was disturbed by his presence, politely confronted him and asked him to leave the women’s locker room,” the letter stated. “Instead, he smirked back at her, and continued to stare at her, remaining standing in front of the mirror ‘applying makeup,’ where he had a full view of every single woman entering or exiting the shower area and every single locker, Mrs. H.’s locker, which was directly behind him within [3 feet].”

Other men have been found to fake transgenderism in order to use the Planet Fitness policy to look at women in locker rooms. In one case, the man was a serial sexual harasser and would regularly parade naked through the women’s locker room.

Planet Fitness is the nation’s largest gym having 25 percent of all gym membership nationwide and on average has about 6,500 members per location. Fitness magazines report that Its business model of the $10 membership is based on their assumption that the vast majority will purchase a membership out of personal guilt but not actually show up. Studies have proven that fact true in that, on average, only 300 paid members per location use the gym on any given day.

Previous: What are top searches in Bible Gateway App?
Next: US increases pressure on Turkey to release pastor