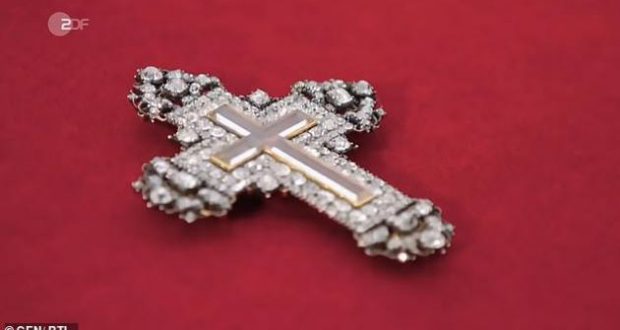 Viewers are complaining about the German version of Antiques Roadshow after the experts convinced a mother and daughter to sell a unique papal crucifix said to contain splinters from Jesus’ cross for just $19,000 US.

Cosima Birk, who works as a nurse, and her daughter Stephanie Huber wowed experts of the TV program ‘Bares für Rares’ by producing a diamond-studded cross for the program’s experts to value.

The antique turned out to be a 300-year-old papal pectoral cross – a cross worn on one’s chest – studded with 40-carat diamonds. 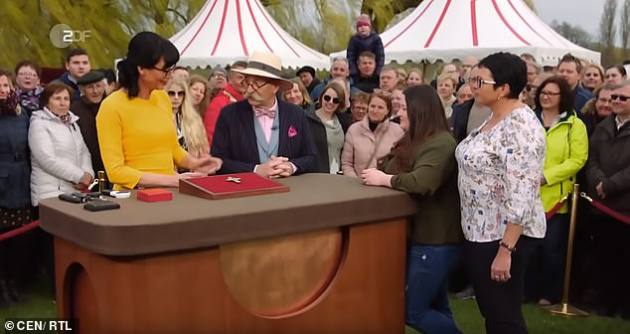 To top it off, experts on the show – which is the German-licensed version of the BBC’s Antiques Roadshow – found that it contained three splinters said to be from the True Cross which Jesus Christ was crucified on, according to reports.

The family inherited the cross from Cosima’s maternal grandmother, who was bequeathed the precious jewel by an old woman who she always accompanied to church on Sundays.

Expert Dr Heide Rezepa-Zabel said the discovery was ‘amazing’ and found that the materials used to make the cross alone were estimated to be worth 17,000 euros ($19,000). 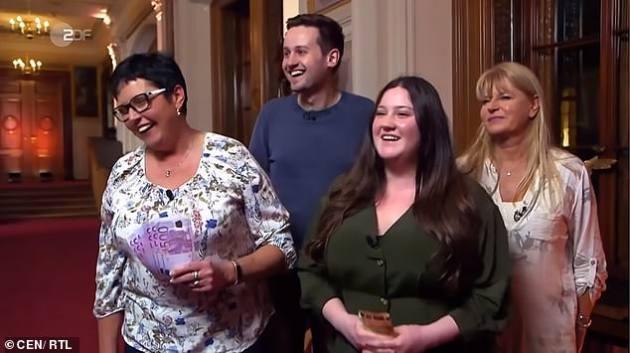 Cosima and Stephanie were pleased that the money could pay for Stephanie’s college costs.

Rezepa-Zabel said that the perfectly intact seal on the back of the cross bears the symbol of the apostle Peter and ‘clearly points to the Congregation of Pope Clement IX.’

She also said she was certain that in the window of rock crystal, which is embedded in the antique, there are real pieces of wood from the cross of Jesus Christ.

In the ensuing bidding battle, the papal cross was however sold for just 42,000 euros ($67,000) to trader Susanne Steiger, although it was still the most expensive item in the show’s history.

Steiger said: ‘I do not know what to say, it’s almost like finding a needle in a haystack. I found it here tonight. I’m so happy.’

She added that she now wants to loan it to a museum, adding: ‘So many people have come to me who would like to see the cross, so I would like to make it available to the public.’

Cosima and Stephanie were also pleased with the sale.

Although the item was sold for a price below the highest estimate, it will allow Stephanie to finish her studies debt-free and still have cash left over.

Previous: How liberalism destroyed education and how to fix it
Next: Rocker Ozzy Osbourne visits Ark Encounter for TV show