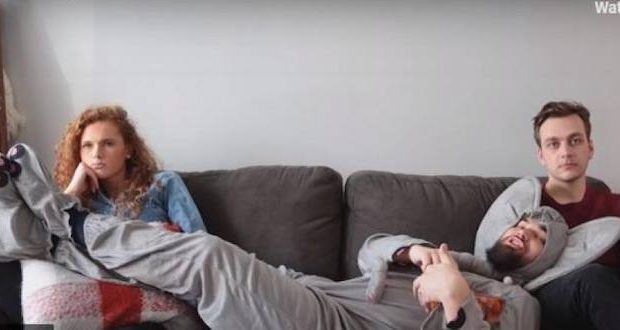 Marking a new foray into YouTube original content, Focus on the Family has debuted a short-form comedy series on the popular social media platform.

Created and developed by the organization’s social media strategy team, the new series is titled “The Elephant in the Room” and it uses humor to explore the often paradoxical nature of the unaddressed conflict in a variety of relational conflicts through the eyes of a diverse and quirky set of “actual” elephants.

The series is designed to be a gentle deconstruction of human nature that entertains viewers first and foremost, but that also gives them something to think about.

“Jesus was a storyteller. He always taught people through parables—always—and he was incredible at telling stories. Our goal is to follow his example and tell stories that are truly engaging at an emotional level, but that also underscore deeper truths as they do so,” the series creators Jake Roberson and Ryan Klaver said in a press release.  “We’re excited to do that using humor and comedy with ‘The Elephant in the Room.'”

The new show is a YouTube exclusive and its first episode premiered Friday. Three more episodes, to be released weekly, will round out the first season.  A second season is under development and is planned for release in February 2019.

Focus on the Family is a global Christian ministry dedicated to helping families thrive. Founded by Dr. James Dobson, the organization provides help and resources for couples to build healthy marriages that reflect God’s design, and for parents to raise their children according to morals and values grounded in biblical principles.

Previous: ANALYSIS: How the media misreading China caused the Dow drop
Next: Asia Bibi’s safe house being attacked by gunmen