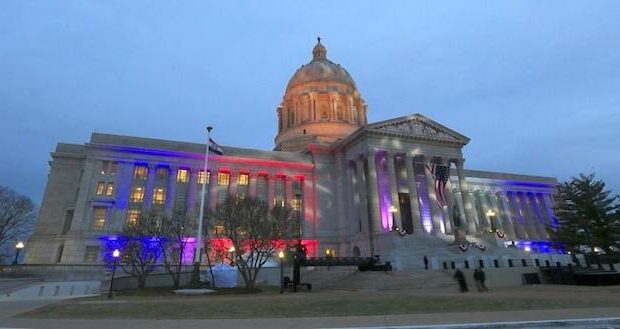 Gov. Mike Parson intends to commemorate the beginning of Missouri’s bicentennial year when he takes the oath of office in January.

“There’s a lot of focus around celebrating the state’s rich heritage and history,” Steele Shippy, his campaign manager, told Missourinet. “There are going to be elements of not just about the governor; it’s about celebrating our state at the same time.”

“To kick off Missouri’s bicentennial, we will celebrate our state’s rich heritage with a historic bicentennial inauguration,” Teresa Parson said in a news release. “The strong bonds that tie Missourians together have endured for over 200 years and will provide the strength needed to continue moving Missouri forward.”

The inaugural events will kick off with a prayer service on January 9 in the governor’s hometown of Bolivar in southwest Missouri. The gathering will be at Southwest Baptist University at 4 p.m.

The traditional ceremony of the governor taking the oath of office will be on January 11 at 11:30 a.m. on the south lawn of the capitol in Jefferson City. Other statewide elected officials being sworn in at the ceremony include Lt. Gov. Mike Kehoe, Attorney General Eric Schmitt, Secretary of State Jay Ashcroft and Treasurer Scott Fitzpatrick.

The crowd at the ceremony can expect a 19-gun salute, and a Missouri National Guard flyover has been requested. The committee has consulted with state and local health officials and will follow their guidance to protect the attendees, participants and staff from COVID-19. Health and security screenings will be conducted. Masks will be provided and encouraged. Social distancing measures will be taken, and hand sanitizer will also be available.

The event is free and open to the public. Guests are encouraged to RSVP to help with social-distancing efforts. More information, including how to request tickets to the events, will be announced at a future date. Following the inauguration ceremony, the committee will release information about future inaugural events, such as the traditional inaugural ball and parade, in conjunction with Missouri’s bicentennial celebrations later in 2021.