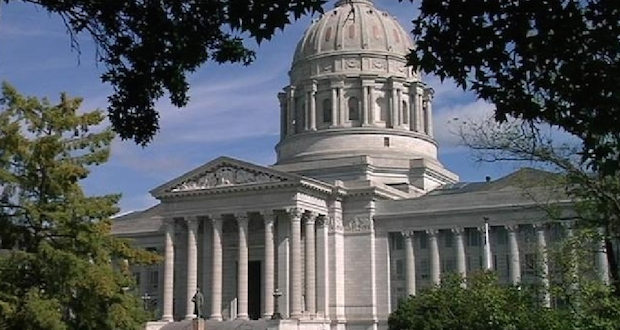 Another Missouri legislative session is in the books, with a number of new laws enacted. From license plates honoring black baseball players to prescription drug monitoring and agricultural inspections, here are the laws Gov. Mike Parson has signed so far.

Restricting local governments’ health orders. HB 271, sponsored by Speaker Pro Tem John Wiemann, prohibits local officials from issuing public health orders or restrictions leading to the closure of schools, businesses or places of worship beyond 30 days during a six-month period amid a state of emergency.

Second Amendment Preservation Act. The governor signed HB 85 at Frontier Justice, a shooting range and gun store in Lee’s Summit. The bill declares federal gun laws that restrict gun ownership or sale void in Missouri. It also said public officers and employees cannot enforce federal firearm laws that would be void under this law, and those who do could be subjected to a $50,000 penalty.

Statewide Prescription Drug Monitoring Program. Establishing a statewide program was something Sen. Holly Rehder has long championed in the statehouse, but Parson signed into law her SB 63 her first year in the Senate. Proponents say the program allows healthcare professionals to better monitor and control the distribution of opioids and other prescriptions for their patients.

Foster care and adoption support. Championed by Rep. Hannah Kelly, HB 429 allows Missourians who serve as foster parents for at least six months to receive a tax deduction to cover costs associated with the process, capped at $5,000 for married couples or $2,500 for individuals.

Missouri will see additional new laws signed by Parson during the Summer.