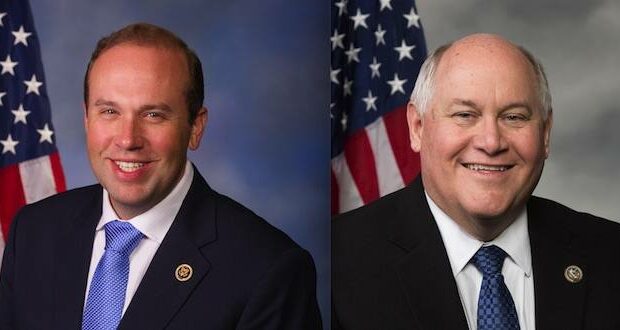 Although Missouri’s House members from Kansas City and St. Louis are liberal, other representatives in the state are strong conservatives according to their voting records. In Kansas’ 3rd District which includes several Kansas City suburbs, the story is much the same.

Missouri Reps. Billy Long and Jason Smith were recognized with the award for Conservative Excellence for their 2020 voting records. Both scored 93 percent in the organization’s ratings of Congress, which run head-to-head comparisons of lawmakers’ voting records on priority areas for the group, including taxes, regulations, elections, the environment and more. Reps. Blaine Luetkemeyer and Sam Graves also were recognized for their scores, receiving 85 and 82 percent, respectively.

The awards were presented during a ceremony in Virginia, with 105 members of Congress receiving various awards. Chairman Matt Schlapp said the group was proud to recognize the delegates for their alignment with its mission.

“We hold these award presentations every year to recognize members of Congress for their conservative voting records,” Schlapp said. “Missouri Representatives Billy Long and Jason Smith both earned 93 percent ACU Ratings, because their votes in the 2020 session reflect a firm commitment to conservative values. We were honored to host them at our event, and we commend them for holding the line against Nancy Pelosi’s socialist schemes.”

Schlapp unveiled the new rating platform this year. The updated system is meant to encourage conservative voting and is being used to determine speaking invitations for this year’s Conservative Political Action Conference, which is scheduled to take place in Texas on July 9 to 11.

In Kansas, Congresswoman Sharice Davids is the lone liberal of the state’s four House seats and two Senate seats. Davids won her seat campaigning as a moderate but has voted in lockstep with those having the most liberal voting records. Davids received only a 7% rating.

Senator Jerry Moran voted conservative 87% of the time while Pat Roberts came in at 74%. Both are Republicans.

Davids, a Democrat, is expected to face stiff competition during the 2022 midterms.