Home / News / Columns / How should believers invest for the future? 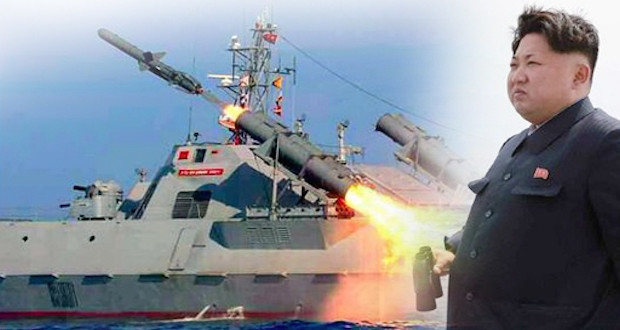 How should believers invest for the future?

How to invest: Faith, not fear of N. Korea, should guide both finances and time says Stewardship Capital founder Ron Finke.

In a little-heralded news item last month, the Federal Reserve announced that the GDP for the second quarter of 2017 topped 3 percent. This comes after eight years under the Obama administration where growth never topped 2 percent.

Economic growth is just one indicator of the health of the economy. So while the stock market continues to break records, that confidence is not shared by all American investors. A recent poll found that among Americans who invest, world events are driving a fear of the future and the number one fear is North Korea’s nuclear threats against the U.S.

In fact, CNN reported that Russian President Vladimir Putin warned that the escalating crisis over North Korea’s weapons program risks developing into a “global catastrophe.” U.S. President Donald Trump said at the United Nations in September that if attacked, the U.S. would completely destroy North Korea.

“We’ve got a lot of nervous people out there right now, and they’re trading on those fears and their nerves,” says Dan Celia with Financial Issues Stewardship Ministries on a recent “Financial Issues” radio program. “And a lot of people are buying into the fear. But remember, we are still hovering at the 22,000 range in the Dow. I’m not saying that we’re OK if it drops 10 percent—nobody likes to see that—but at the same time, we can’t get caught up in the bad news. It’s true that conflict and war do wreak havoc on the economies of the countries involved, but in the meantime, we must remain level-headed in our finances and investments.”

Ron Finke, who founded Stewardship Capital in Independence, Mo., agrees that investors must look at the long view and invest with a biblical mindset. 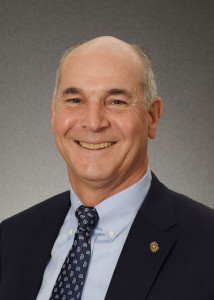 “There are charts that show major calamity–political, wars for the last 50 or 80 years–and how it causes an index like the Dow to go down and up,” he states. “I did a study of how the Israeli stock market reacted in the face of threat. It tracks almost perfectly with the Dow Jones 30 average–almost no effect.”

Finke says this shows how Israelis, who are use to living under threat from their neighbors on a regular basis, have taken the long view in planning for their future, a view that American investors need to heed he says.

Asked what he sees as the number one fear factor among investors today, Finke responded with two things. “First is the overall height of the market. Having been primarily up for eight full years since March of 2009. Secondly, there is an incredible amount of fear over politics in general,” Finke says. “The truth of the matter is there is a much smaller correspondence between anything political and the general health of corporate business.”

Government, says Finke, doesn’t lead the economy–it follows it. A large part of that is because of a general work ethic of Americans.

Congress may make it easier or harder, he says, “but 125 million Americans get up and work every day, not for Congress but for their families, and that’s why capitalism works.”

Finke also says there are biblical parallels that Christians can follow with the number one being what to look for in an unstable world.

“From our perspective as Christians, the factors to remember are that God’s biblical principles are universally true and timeless. Such as practicing diversity for safety and the fact that risk is not a normal four-letter word. Everything involves risk and the parable of the wise and faithful stewards shows that God expects people to risk their time, talent and treasure without having a guarantee of the results,” Finke states. “The master gave a scathing rebuke to the guy who said he was afraid, ‘so I didn’t do anything’.

Finke emphasizes that Jesus talked more about financial matters than heaven or Hell. “He knew that money was the place we are so greatly tempted to put our faith”.

If investment strategies need to be adjusted, Finke suggests leaving it to their financial advisors. He says he follows a strategy that can give investors a peace of mind.

“Our philosophy and practice is very distinct from the norm because we adjust our investing continually for the economic and financial conditions.”

Finke gives the example of the height of the market at that time in late 2007 before things started falling apart. His firm was already becoming more conservative well before October 2008 when the wheels fell off. “Many people criticize market timing saying that you have to know the exact day,” he says. “The truth is market trends develop over weeks.”

That foresight helped protect his clients but it isn’t just financial advice Finke offers. Finke says that investment of your time and talents is just as important to God’s work and your future.

“I think that the stewardship principal is so important on a business level and personal level that when God finds people who want to be generous with their time and their money He makes it possible for them to invest both.” Finke says that God’s principles work so well that they also work for non-Christians citing Andrew Carnegie who was not a Christian but lived by Christian principals. It was an enigma. “He became so wildly successful because he practiced biblical principals. Warren Buffet is another example.”

Finke believes every financial advisor must live what they preach, saying his company was giving about eight percent of their gross revenue to sponsorships like Habitat, Hillcrest Transitional Housing and other non-profits but it wasn’t enough. “I asked our managers what they thought about that–did that give them any heartburn, to keep plowing money into these ministries?” he said with a chuckle. “They responded that we should increase our giving to 10 percent! This is the first year we are holding to that commitment. We are basically now tithing a tenth on all of our corporate income.”

Finke says that all believers are commanded to give back to the community without fear or worry for the future.

He once worked with a client through the 90s who regularly prayed and heard the Lord speak to her about her finances. She was a single, retired school teacher who had never been married. She asked Finke to figure what she needed to live a fairly long life. She then asked, “How much do I have after I’ve fulfilled the amount to insure my retirement?” She had $40,000. Finke shares how God had told her to invest that money in kingdom work and the harvest. She gave that money to the Jesus Film Project.

She died a couple years ago after making it all the way through on a comfortable retirement. In the end she had money remaining and left it all to missions.

“I’m quite convinced that God will tell us what we need to know and we don’t have to just have our finances floating on some sea. He expects us to listen to him and use our minds and faith.”

And that faith in our financial future or how we connect with a hurting world around us cannot be based in fear of the current world climate.

“The good news is we have a great God, and maybe this will be a pivotal moment for all of us who know that God to get on our knees,” Celia agrees. “Let’s pray that those who are hearing some of the God-given wisdom have open ears and will hear and take heed. We need to be praying for our country and our country’s leaders. That’s first and foremost.”

Finke agree, “Christians often hear that the best investment is in our service to others. How can a person combine both monetary and service to secure a better future for their families and communities? That’s the question we should all ask.”

Previous: Young woman reaches goal of cross-country run for life
Next: Spectacular Museum Of the Bible Opens This Month 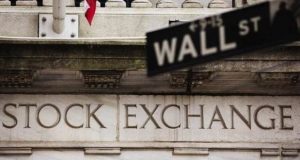 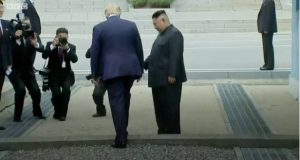 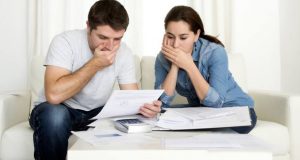 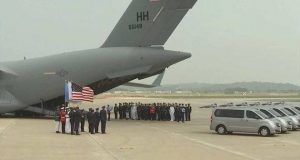 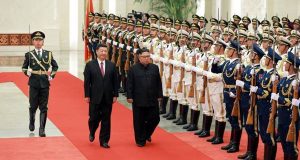 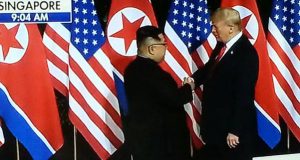 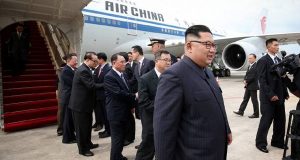 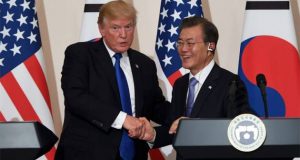 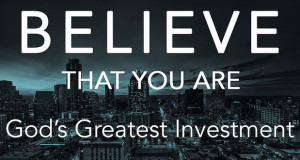 Getting a good return on God’s investment in you