Home / News / Impeachment lands with a dud for American people 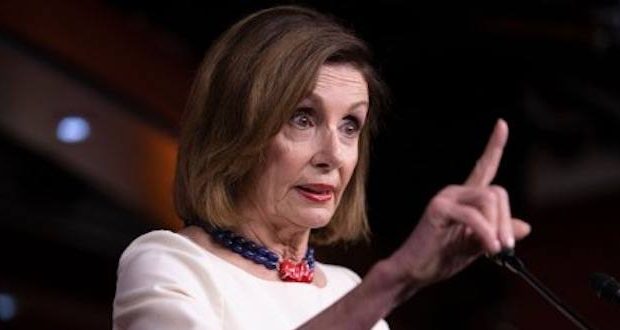 Impeachment lands with a dud for American people

This week’s move towards impeachment of President Donald Trump seems to have landed with a dud for the American people.

While no formal papers of impeachment have been drawn up, the nation’s media used the term thousands of times each day. Americans, it seemed, could not get away from what Democrats and newscasters implied was an inevitability.

But a new poll finds a sharp contrast between what Democrats are seeking and what Americans think is best for the nation.

A new Quinnipiac University poll released Wednesday shows a majority of Americans do not think President Trump should be impeached and removed from office.

According to the poll only 37 percent of those polled believe the president should be impeached and 57 percent of people disagreed. The poll during the media hype leading up to testimony by the nation’s top security officer who failed to give Democrats the testimony or ammunition they hoped would propel impeachment on to the fast track. Amazingly, even fewer people support impeachment than voted for Hillary Clinton in 2016. Amazingly, or to democrats shockingly, the number of people supporting impeachment is far fewer than the number who voted for Hillary Clinton in 2016,

Across the country, voters are speaking out about Democrats’ decision to move forward with the impeachment process.

“I don’t agree with impeachment, I don’t think they need to impeach him,” said one Virginia Beach resident, “He’s done a lot of stuff I don’t agree with, but he’s done some good stuff too for the country. I think it’s more about politics at this point, I think the right and wrong thing is out the window at this point,” she continued.

“Everything is fixed,” said another man we spoke with. “They’re trying to create something that is not there.”

There were many people who did not want to speak on camera but a majority said that they don’t like the president, but they don’t believe impeachment is the answer.

The driving force behind the impeachment move by Democrats is the telephone call between President Trump and Ukrainian President Volodymyr Zelensky. In the phone call, Trump asked Zelensky to investigate the origins of a Russian company that Democrats had previously tied to alleged election meddling in 2016.

But the most shocking news out of the ordeal came when Congressional sources revealed that the “whistleblower” who made unsubstantiated claims was actually a CIA plant within the White House. The revelation has led to concerns about what some conservatives describe as the “deep state” and the fact that the CIA is limited by law in how it interacts with American citizens on American soil.

Congressional Republicans also pointed out that a treaty signed in 1999 between Ukraine and then President Bill Clinton, allows for an American president to initiate investigations by Ukraine. After Democrats were reminded Thursday of that treaty, many became silent on their previous assertions that the president acted illegally in asking Ukraine to investigate Hunter Biden. Joe Biden’s son had received 50,000 a month from a Ukrainian company for consulting in an area he had no expertise. When the top Ukrainian prosecutor began to look into the arrangement, Joe Biden personally asked that the prosecutor be fired.

The younger Biden seems to have benefited, having received millions of dollars from Ukrainian and Communist Chinese companies after his father arranged lucrative deals while still vice president.

Previous: The Art of the Potluck: A guide for the 21st Century
Next: UPDATE: Norway takes permanent custody of three American children from parents