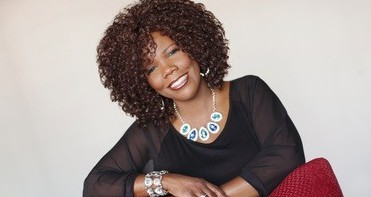 For Lynda Randle, God’s heart is a personal passion

Known for her anointed vocal ability as a Gaither Homecoming artist, Lynda Randle is also passionate about connecting women through worship. For that reason, Randle created the Woman after God’s Own Heart conference, which returns to Kansas City next month.

A weekend event, the conference was created eight years ago with the biblical story of David as its premise.

“After all of his sins, all of the mistakes David made, God said, ‘He is still a man after my own heart,'” she explained. “God’s desire for the heart of His children is for us to be focused toward him. In my own life, I’ve blown it many times, but I want to be a woman after God’s own heart. And there’s security in knowing that God loves us unconditionally. My hope is to see women come together as one to find purpose and passion for living a vibrant Christian life.”

This year, the conference falls on Mother’s Day Weekend. Randle says it’s an opportunity for ladies from all over the region and nation, from all walks of life and ethnic backgrounds, to join together in worship and common purpose.

“This event is designed to give women a chance to be spiritually revivedâ€”to recharge their batteries.

“This event is designed to give women a chance to be spiritually revivedâ€”to recharge their batteries. Women generally wear lots of hats in their daily life and tend to take care of themselves last of all, but not on this weekend, we want you to come and be served,” Randle stated.

This energizing weekend is for moms and daughters, wives and girlfriends to come worship, to laugh, to cry, and to learn what it really means to be a woman after God’s own heart she said.

Randle is a Dove Award winning musician whose soulful music and testimony promises to shower attendees with encouragement and hope throughout the weekend. Randle was born in the inner city of Washington, D.C. as the middle child of seven. She has shared that while she is blessed to have had the privilege of being raised in a Christian home, that she still experienced a tumultuous and painful childhood. Although her parents, Nathel and Maxine Tait, taught her and her siblings the love of Christ very early on, and despite being led to the Lord at the young age of 12, it would be years later before she really experienced the freedom from bondage that only God could give. Music became a way out of pain and heartache for Randle and as a result of this God-given gift, many doors of opportunity have opened up for her. 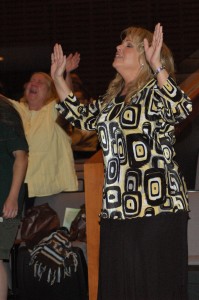 Women find worship at Woman After God’s Own Heart Conference, deep and personal.

One of those opportunities was to serve other women through this conference and she’s brought several other well-known sisters in Christ along for the journey.

Joining Randle will be legendary gospel singer Delores ‘Mom’ Winans, known also as the Matriarch of the first family of gospel music. She is a Grammy nominated singer and is recognized for her wit and wisdom. As a mother of ten and grandmother of 24, she inspires women across the nation who hear her testimony.

Get ready to move in your seat or on your feet because taking the stage on Saturday is Babbie Mason, daughter of a Baptist preacher and an award-winning singer, songwriter, teacher and TV talk show host. Her contributions to Gospel music earned her a place in The Christian Music Hall of Fame.

Motivational speaker Anne Beiler founder of Auntie Anne’s Pretzels (located in 23 countries) delivers her testimony of trials and triumphs. Hear her story “Twist of Faith” as she shares the joys, heartaches, successes and failures in her life.

Finally, Randle encourages women to get their tissues ready because, she says, you will laugh so hard you may cry at the hilarious comedy of Miss Puddin. Her down-to-earth humor and southern style will keep you smiling.

There will also be an opportunity for participants to share what’s on their hearts.

Randle added that it’s one thing when women get to hear other people speak, but it’s a whole different experience when the woman sitting next to them expresses her testimony.

Contrary to popular belief, the conference is not related to Elizabeth George’s book A Woman after God’s Own.

“This conference was something that God just dropped into my spirit and it was about six or seven months later that someone brought the book to my attention,” Randle said.

Randle noted that she hasn’t read the book yet, in order to make sure that ideas and activities for the conference stay original. She said she would be very interested in teaming up with George for a collaborative event in the future.

Tickets are $50 and are available at LyndaRandle.com. For group ticket rates, call 816-792-5353. Scholarships are also available.

-By Dwight Widaman and Kharissa Forte