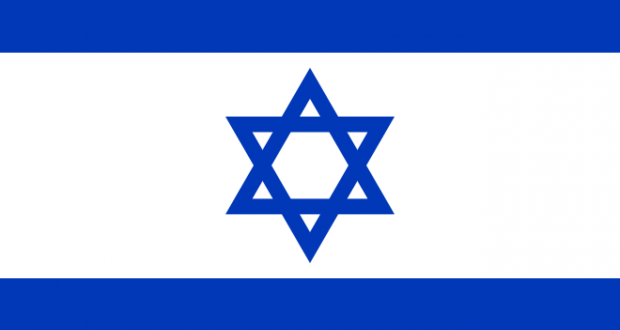 Amid continuing efforts to pressure and marginalize the state ofÂ IsraelÂ through boycotts and economic sanctions, the Presbyterian Church (USA) General Assembly, meeting inÂ Detroit,Â June 14-21, will consider proposals to pressureÂ IsraelÂ through financial divestment. Amid reports of growing worldwide anti-Semitism, the church’sÂ Israel/Palestine Mission Network offers “Zionism Unsettled,” a study guide that explicitly delegitimizesÂ IsraelÂ as a Jewish state. In the face of such actions, the international Messianic Jewish community expresses its unwavering support for the Jewish homeland inÂ Israel.

The international Messianic Jewish community supports the right of the state ofÂ IsraelÂ to exist within safe and secure borders, and the right of all Israelis to freely live and travel without the threat of terrorism.

We affirm the historic connection between the Jewish people and the land ofÂ Israel, as well as God’s promise to give the descendants of Abraham, Isaac, and Jacob the land ofÂ IsraelÂ as an eternal inheritance. As Scripture states:

We further recognize that the return of the Jewish people to the land ofÂ IsraelÂ in modern times was foretold by the prophets:

“Then the nations will know that I am the Lord, declares the Sovereign Lord, when I show myself holy through you before their eyes. For I will take you out of the nations; I will gather you from all the countries and bring you back into your own land.” (Ezekiel 36:23-24).

In addition, the historical sufferings and persecutions of the Jewish people, culminating in the Holocaust of World War II, demonstrated to the community of nations that the Jewish people have an inherent need for their own homeland. The establishment of the Jewish State justly protects Jewish continuity and safety.

We also affirm the current and future aliyah (Jewish immigration toÂ Israel) as a fulfillment of Scripture, as it is written:

We, therefore, support the right of Jewish people to immigrate to their historic homeland.

In light of the vision of peace conveyed by the Jewish prophets, and as followers of Messiah, the Prince of Peace (Isaiah 9:5-6), we look toward a future in which the current suffering of both Jews and Arabs in theÂ Middle EastÂ will be replaced by true peace. This vision of the future compels us to work and hope for peace today. Therefore we applaud all genuine efforts toward peacemaking betweenÂ IsraelÂ and Arab parties in theÂ Middle East.

Throughout the Scriptures,Â IsraelÂ as a people is called to be a light and example to the other nations of the world (Ex. 19:5-6, Deut. 4:5-8, Is. 2:2-4; 60:2-3). We believe the modern state ofÂ IsraelÂ is an heir to this calling, which is reflected in her thriving democracy, where civil rights are enshrined in law. Therefore, we encourage the equal application ofÂ Israel’sÂ laws to all of her citizens, and the preservation, continuation and growth of human rights for all ofÂ Israel’sÂ minority groups.

We also encourage our congregations outside ofÂ IsraelÂ to work for the welfare of the state ofÂ Israel, to pray for the land and its safety, and to visit the land, thereby expressing support for the nation and its inhabitants. In addition, we express our particular solidarity with the Messianic Jewish community inÂ Israel.

Finally, we remind all believers inÂ Yeshua (Jesus)Â the Messiah from every nation of these words of blessing found in the book of Psalms, “Pray for the peace ofÂ Jerusalem: ‘May they prosper who love you'” (Ps. 122:6).