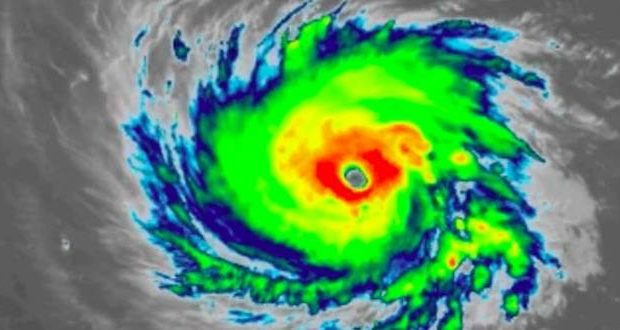 A day or so before Hurricane Florence had even made landfall, The Washington Post editorial board took aim at President Donald Trump’s handling of the matter, suggesting he was somehow “complicit” in the storm. Their views are rubbing meteorologists the wrong way.

“He plays down humans’ role in increasing the risks, and he continues to dismantle efforts to address those risks,” the board wrote in a Sept. 11 op-ed titled, “Another Hurricane Is About to Batter Our Coast. Trump Is Complicit.”

“It is hard to attribute any single weather event to climate change,” the board continued. “But there is no reasonable doubt that humans are priming the Earth’s systems to produce disasters.”

WeatherBELL Meteorologist Joe Bastardi scoffed at climate change claims about hurricanes, pointing out that Hurricane Isaac has mostly disintegrated in the ocean at the same time as Florence is hitting the Carolinas.

“You see people say, ‘Ah, this is because of climate change.’ Well how come Isaac fell apart at the height of the hurricane season in the Caribbean? There’s so many more factors, the totality of the picture runs the show,” he said.

“Hurricanes don’t care what a president’s approval rating is. And they don’t care who stays and who doesn’t. The storm doesn’t think about whose house it hits before the surge, water, and the flooding come through,” he told CBN News‘ “Faith Nation.”

“So to say that this president is already complicit in something that hasn’t even hit land yet is so irresponsible,” Houck charged.

The Washington Post also suggested the president was more concerned about dismantling former President Barack Obama environmental legacy than mitigating the impact of a possible weather disaster. The post did not mention the other news this week that an exhaustive study of hurricanes over the last 90 years have been getting weaker on average. Weaker by almost 1/3 by the time they hit land.

“With depressingly ironic timing, the Trump administration announced Tuesday a plan to roll back federal rules on methane, a potent greenhouse gas that is the main component in natural gas,” the board wrote, adding that “the Trump administration has now attacked all three pillars of President Barack Obama’s climate-change plan.”

Houck called the accusations petty, implying the op-ed was indicative of not just the Post’s anti-Trump bias but that of the news media as a whole.

“The fact that they mention it’s Barack Obama’s environmental legacy that he’s going after – it just shows the pettiness on the part of the news media,” he said. “I don’t even have words to describe how ridiculous this is.”

Previous: Vietnam vets to be honored at ceremony
Next: Suspicious letter meant to derail Kavanaugh?