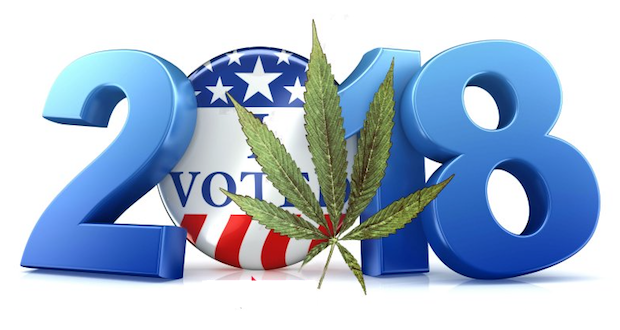 Missouri’s medical marijuana: what it means

With the passage of Amendment 2, and the confusion around all three ballot measures, what exactly will happen with the legalization of medical marijuana in Missouri? That’s the question that those that voted for it, as well as those that did not, are asking.

The ballot question passed with a decisive 65.5% of the vote. While Amendment 3 failed and Proposition C had more than 50% of the vote, the ballot measure receiving the most votes supercedes the others.

Amendment 2 will carry a 4% tax on medical marijuana and will be regulated by the Missouri Department of Health and Senior Services and administered by the Missouri Veterans Commission. Proceeds from the sales tax will be used to help fund services to veterans and their health care.

Additional chronic conditions which would normally be treated with prescription medications that could lead to chronic physical or psychological dependence would also qualify for use. This provision of Amendment 2 is viewed as an alternative to opioid dependence and use when a qualified medical professional would consider marijuana to be a safer alternative to prescription medication. Because opioid abuse has caused an epidemic and thousands of overdose deaths in Missouri, some see medical marijuana as a safer alternative.

Illegal Use and Distribution a Potential Side Effect of Medical Marijuana

Another distinction of the voter approved Amendment 2 compared to the other two proposals is that it will allow patients approved to receive medical marijuana prescriptions to grow up to six plants themselves. If they have caregivers that are certified and authorized by the State, those individuals can grow up to 18 plants. As supporters point to the medical benefits of marijuana, critics point to obvious concerns with the components of Amendment 2 that allow for cultivation through growing cannabis plants.

Illegal use and distribution of marijuana will undoubtedly be an unintended consequence. Legalization of medical marijuana in Amendment 2 may open to the door to illegal use and distribution of legally grown marijuana. This could happen if patients and doctors engage in doctor shopping, which has contributed to the epidemic of opioid abuse and deaths. Those factors could also lead to some patients having more medical marijuana supply than they need medically to illegally distribute the rest or grow more plants than the 6 plant limit authorizes.

It will be up to the State to regulate and track approved patients and caregivers, which will be difficult to do. The caregiver industry in Missouri is also likely to encounter applications for employment by some who might seek to illegally use and abuse the provisions of Amendment 2. State licensure, regulation, screening and monitoring processes will have to be expanded, which could lead to more costs than what has been projected. The cost-benefit ratio of Amendment 2 remains to be seen.

Amendment 3 received by far the most campaign contributions−more than $2.1. The majority of that money came from a single political contributor–Brad Bradshaw. He is a Springfield attorney and doctor and is considered the architect and driving force that was behind Amendment 3.

Had Amendment 3 passed, Bradshaw would have privately controlled proceeds of a 15% tax on medical marijuana, which were projected to possibly reach upwards of $1 billion. Opponents of Amendment 3 faulted Bradshaw’s brainchild because it would have given him and a Board to which he would have appointed all the members private control over huge amounts of public tax dollars.

The Bradshaw Amendment, as it was called, would have created the “Biomedical Research and Drug Development Institute Trust Fund.” Bradshaw’s claim that tax proceeds would be used for medical research to find cures for diseases on its face appears admirable, but there was strong opposition.

Missouri Right to Life’s Political Action Committee opposed the measure because it failed to guarantee that taxpayer funding would not be used for unethical research, including embryonic stem cell research.

Legal scholars and groups opposed Amendment 3 because it would give too much power to one person and enshrine his name is the State Constitution. Amendment 3 was also opposed because Bradshaw and the Board he would have appointed could have even issue revenue bonds for which the State of Missouri could have been forced to back.

There is no doubt that the benefits of medical marijuana for patients with severe pain, whether chronic or cancer-born and other conditions, such as seizure producing diseases are clearly evident. At the same time, there will be many ways in which the approval of medical marijuana in Missouri can be abused.

Tagged with: amendment 2 legal pot marijuana medical missouri pot veterans voters what is it when legal