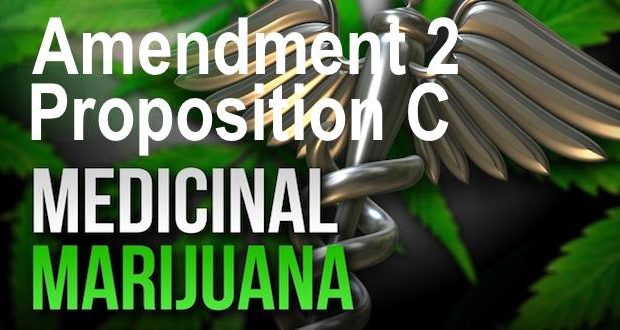 Missourians will go to the polls Tuesday and for the first time, face three ballot questions about medical marijuana. To be clear, none of these questions on the ballot involve recreational use of marijuana although as we know, the misuse of prescription drugs is rampant in our nation.

All three−Amendment 2, 3 and Proposition C−limit legalization of marijuana to “medical” use as prescribed by a physician for approved treatments. There are some differences between Amendment 2 and Proposition C. We adamantly recommend you vote NO on Amendment 3 (see link here) regarding medical marijuana because of its connections to abortion and research.

Because of the complexity of the issue and the way in which each measure made it to the ballot, many people are just voting NO on all three, believing that the approval of a drug for medical use is best left to the Food and Drug Administration. Others don’t want to wait for the FDA to move through the decades-long process for approval.

WHY YOU SHOULD VOTE NO ON AMENDMENT 3: CLICK HERE.

Some supporters of medical marijuana prescription treatments favor Amendment 2 over Proposition C because it would not be subject to legislative changes without a vote of the people. In contrast, because Proposition C is not a proposed constitutional amendment, but would revise Missouri statutory laws, it can be changed by the legislature.

Amendment 2 Has the Most Wide Ranging Support

Additional chronic conditions which would normally be treated with prescription medications that could lead to chronic physical or psychological dependence would also qualify for use. This is seen as an alternative to opioid dependence and use when a qualified medical professional would consider marijuana to be a safer alternative to prescription medication, such as opioids, which have caused an epidemic and thousands of overdose deaths in Missouri

Proposition C Would Be Licensed & Regulated by Local Officials

Proposition C is very similar to Amendment 2. A big difference is that it would give regulatory control to local officials over licensing of facilities that grow and sell medical marijuana. It would also include a nominal 2% tax on retail sales and funds would be used for veteran’s services, drug treatment, early childhood education and for public safety in cities with a medical marijuana facility

Opposition to Proposition C is based on concerns that, unlike Amendment 2−with which legislators could not interfere−Proposition C can be changed as a law and would not be a constitutional amendment. Basically it does not make medical marijuana use a constitutional right. There is also concern that giving power to local officials for licensing and regulation would open the door to politicizing and public corruption.

For these reasons for those inclined to desire medical use of marijuana, Amendment 2 appears to be the preferable option over Proposition C if you are in favor of medical marijuana.

The Metro Voice Editorial Team is not making a recommendation of a Yes or No vote on Amendment 2 or Proposition C. We encourage readers to make an informed decision and vote accordingly. Our only recommendation on the three medical marijuana propositions on the November 6 ballot is to vote No on Amendment 3 because of its connection to possible research using DNA from aborted babies.

Previous: Marijuana Amendment 3: Why you should vote ‘NO’
Next: ‘No soup for you!’ Health department shuts down homeless outreach