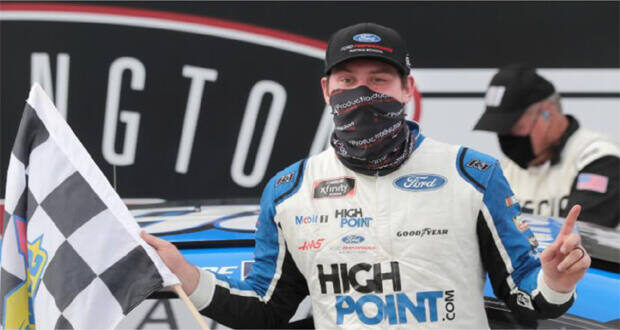 The Toyota 200 at Darlington Raceway in South Carolina was the first NASCAR Xfinity Series race since March 7, and not only was it one step closer to a return to normalcy for the sports world, but it was the setting for one of the most powerful stories of the sports year.

Race winner Chase Briscoe was able to hold off Kyle Busch for the win only two days after he and his pregnant wife, Marissa, endured news of a miscarriage of their first child. Tears overcame Briscoe as he exited his car.

“This is for my wife,” he said after the race. “This is the hardest week I’ve ever had to deal with, and God is so good, man. … There’s nothing to say other than that God is so glorious.”

Briscoe admitted to crying in his No. 98 car throughout the race as his thoughts shifted to the pain of loss suddenly forced upon his wife and him.

The Toyota 200 was originally set for a Tuesday night, although rain in the area delayed the race until Thursday afternoon. While Briscoe was waiting out the rain on Tuesday, he FaceTimed his wife during her 12-week exam. He wanted to be by her side as best he could to hear their baby’s heartbeat for the first time, but he watched in horror as the doctor could not find a heartbeat.

“It was unlike anything I had heard or felt before as I watched my wife’s face turn from joy to instant depression,” Briscoe said in an Instagram post. “I’ll never understand why it happen (sic) but I know that God has a plan and even though we don’t understand it He has a reason.”

Briscoe said he never seriously considered withdrawing from the competition, thinking that getting in the car again after a months-long hiatus was just what he and his wife needed amidst the emotions. What the 25-year-old delivered was his fourth career Xfinity Series win and one of the most thrilling finishes of the NASCAR season thus far.

Briscoe said he and his wife may not be able to understand what God will do in their lives through such devastating pain, but he trusts in God’s steadfast love and His power to heal.

“All I have to say is we have a powerful God and I know His hand was in all of this,” Briscoe said in a tweet. “Thank you so much everyone.”

8 Ways to pray as schools reopen 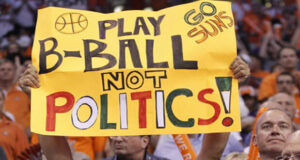 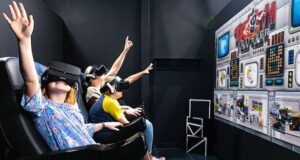 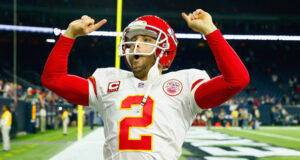 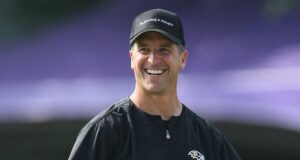