Home / News / Kansas News / “Our House”? State Senator Hensley uses home that is not his in TV ad 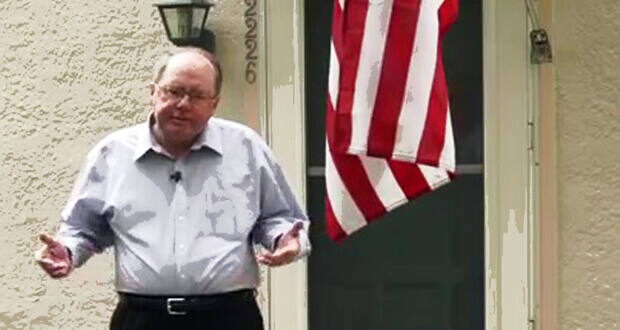 Anthony Hensley lived at 2226 SE Virginia Ave, and used the house as a fixture in his campaign commercials for many years. However, after selling the house for $60,500 in January 2019, he has continued to represent it as his in new television ads for his 2020 campaign.

State Senator Anthony Hensley’s current television commercial shows his daughter Katie Hensley Bivens saying “whether it’s in the statehouse, the schoolhouse, or our house my dad is somebody you can always count on.” The problem is, the house depicted in Hensley’s commercial is no longer one he owns, and the current property owner is upset that he’s representing it as his own.

“He’s got my house on his advertisement,” says Mary Kibbee, who purchased 2226 SE Virginia Ave. in Topeka from Hensley in January 2019. “Basically people are assuming he lives here in this neighborhood.”

She says that Hensley, a Democrat, recently stopped by asking if he could put a sign in the yard, but she declined because she doesn’t like people knowing who she votes for. The day after his visit Kibbee says friends were calling her saying they had seen her house in Hensley’s television ad.  “They are thinking because of the way that it’s represented that he lives here, and he doesn’t, and he hasn’t lived here.”

When asked why she called it “our house” in the ad, Katie Hensley Bivens, said it was because it was the Hensley home for over 60 years. Hensley also made the house, which he grew up in, a central part of his campaign ads in 2008, 2012, and 2016.

The house is currently appraised at $59,430, while Hensley’s new house, which is on SE Wisconsin Ave, was appraised at $194,570 in 2020. Hensley inherited the Wisconsin Ave. property after his mother passed away in March 2015. Mr. Hensley says that sentimentality, not property value, motivated the inclusion of the 2226 Virginia property in the campaign ad. He acknowledged that his new home is nicer, but said price difference shouldn’t matter, noting that his campaign opponent, Rick Kloos, lives in a house appraised higher than his own.

Hensley’s daughter said that her dad visited Kibbee before the ad aired to ask permission to use a photograph of the house in the ad, and said that visit was made at her request since the Hensley’s don’t live there anymore.

Kibbee says Hensley is lying and that he never asked permission. Kibbee did recall Mr. Hensley saying when he visited (when he asked about putting a sign out), that he had a picture of the house, “but that’s all he said.” 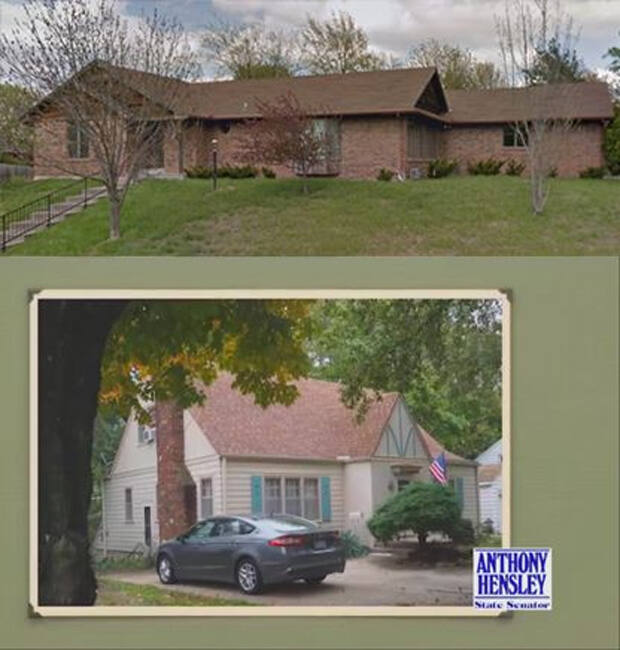 Hensley continues to use 2226 SE Virginia (bottom) in his campaign commercials. However, he sold that property in January 2019, and now lives at 4240 SE Wisconsin (top).

Hensley’s daughter acknowledges that Kibbee declined the yard sign, but says she didn’t object to using the photo. When asked whether Kibbee expressly granted permission to having her house in the campaign ad, Mr. Hensley admitted Kibbee had not.

Senator Hensley could not recall the date he had visited Kibbee, but said that it was before the ad started airing on October 13. His daughter speculated that it may have been the Monday before, or the weekend before. They said the ad was filmed on October 4, and Senator Hensley then suggested he visited Kibbee the week before the ad began airing (“the week of October the 5th”). [During the conversation Sen. Hensley also acknowledged he already read an earlier version of this article where Kibbee placed the date of his visit as the day before the ads began airing].

“The conversation never led to her granting permission,” said Hensley’s daughter, “it was my dad telling her he was using an older picture of the house from when he owned the house.” She says Kibbee also “never expressed discontent.”

“I didn’t ask her permission,” said Senator Hensley, “I just gave her a heads up that the house was going to be used in the commercial because that’s the house I grew up in and that Katie grew up in.”

It unclear how long Senator Hensley continued living at the Virginia Ave property after he inherited the Wisconsin Ave. property from his mother. When asked, Mr. Hensley said he would have to “go back and double check that for sure,” adding that he would have to check that with his real estate agent Vivian Kane. He then recalled living there “basically until it sold.”

Kibbee says that no one was living at 2226 SE Virginia when she toured the home in late November 2018, noting that there was no food in the house. The property on Virginia Ave. was listed for sale on August 3, 2018, and it sold on January 31, 2019. Listing photos show the house was mostly empty when it went on the market. Hensley’s daughter recalls moving all remaining belongings out the house on February 1, 2019. 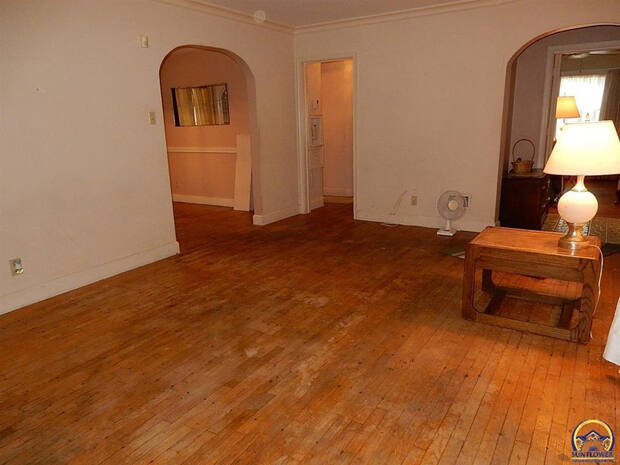 Real estate listing photos from 2018 show 2226 Virginia mostly empty, with no wall decorations. Senator Hensley says he still lived there, but the lady who bought the house says no one lived there when she toured it.

According to election records, Hensley voted in both the 2018 primary and general elections after listing the Virginia Ave. property for sale, and did not change his voter registration address until February 1, 2019, the day after the property was sold.


Katie Hensley Bivens noted that her mother moved over to the Wisconsin Ave. property “much more quickly that her dad,” and that they were living in different houses even though they weren’t separated.

“They had the house on the market and my dad was staying in the home. It was really hard for my dad to give up his home. He had lived there his entire life.”

Both houses are in Hensley’s senate district, but his new house is in different election districts for city council, county commission, state representative, and school board.

Hensley, who has taught for Topeka Public Schools, is now living in the Shawnee Heights School District.

Kibbee also continues to receive Hensley’s official senate mail delivered to her address. “I’ve had to call the statehouse and say ‘I’m getting his mail delivered to my house, including UPS, that says that he lives here,'” says Kibbee. Hensley’s daughter noted that mail continuing to arrive is typical of when someone has lived in a house as long as they had.


Anthony Hensley was first elected to the state legislature in 1976, and holds the record for the longest serving legislator in state history. He is currently the Senate Minority leader, and one of the most influential Democrats in Kansas. He is running against Republican Rick Kloos, who was an independent candidate for governor in 2018. 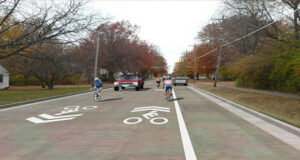 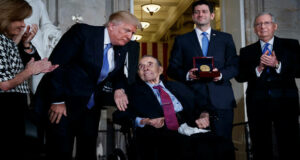 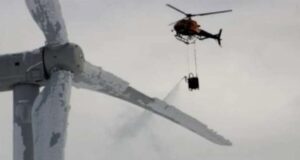 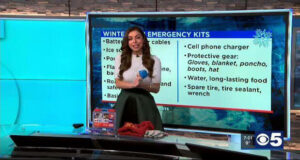 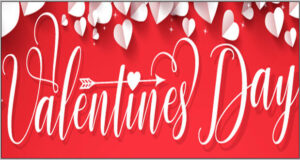 How to make Valentine’s Day special for your Sweetheart 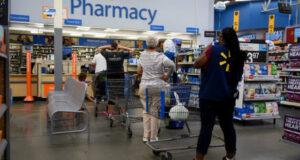 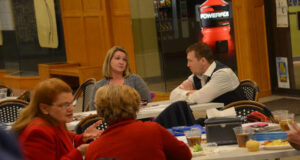 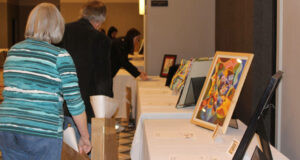 NAMI Kansas to hold “Not So Silent” Art Auction in Topeka 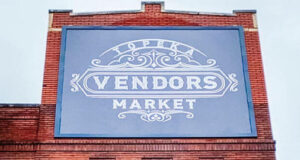 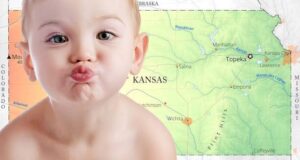 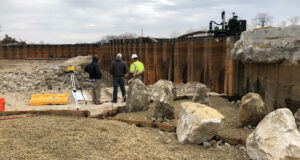