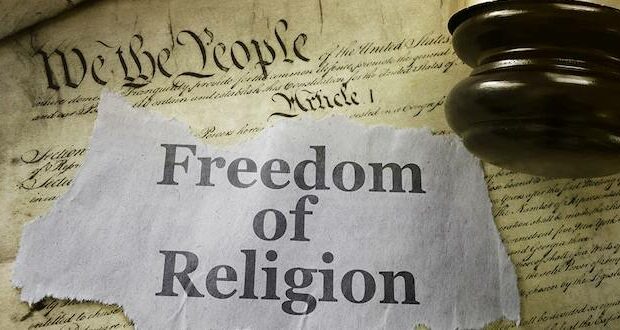 A new documentary looks at the perilous future of religious freedom in the United States.

“President Donald Trump fought for religious freedom like no other president in modern history,” Pastor Jack Hibbs of Calvary Chapel in Chino Hills, Calif., says “It was important to him that we gave the people the word. He would often say to the pastors ‘Give your flocks the word,’ which I thought was an amazing statement that a U.S. president would tell pastors to give people the word of God.

The documentary, “Trump 2024: The World After Trump,” focuses on the loss of religious freedom, the fight to regain it, and what the future holds.  It features an array of Christian leaders including Franklin Graham, Star Parker, and Gov. Mike Huckabee.

Trump’s push for free speech for pastors, pro-life policies and a level of support for Israel never imagined by previous presidents offered a stark change to President Obama’s numerous decisions that put Christians on edge. His administration continuously went after groups such as the Little Sisters of the Poor that opposed the Obamacare mandate of providing contraception and abortion-inducing drugs to their employees. Now many Americans wonder if the Biden administration will be a reboot of his time working for Obama.

“I kind of sense and I hope I’m wrong — I really want to be wrong — that a door could be closing on our religious freedoms,” Hibbs said. “I want to stick my foot in that door as long as possible so that we might do good”.

In his first 100 days, Biden has vowed to pass the Equality Act, which elevates the rights of gay, lesbian, and transgendered people over those of Christians and other faiths. Pastor Hibbs points out it’s even more important to practice faith when Christians are free to do so.

“We had four years of liberty and freedom that’s just about now to be recorded in history,’ he said. “What did we do with that freedom? Did we preach the word of Christ? Did we love our neighbors? Did we get out and help those that are less fortunate?”