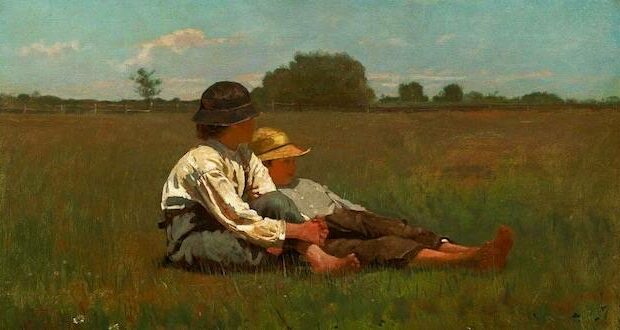 There are few books that encompass the soul of summertime; “The Adventures of Tom Sawyer” is one of them. In it, the glorious line between romanticism and realism blurs in a haze of the summer sun.

No other book places dog-day youth on such a high and holy pedestal, stirring in every heart what was once young memories: those innocent escapades and rebellions when “all the summer world was bright and fresh, and brimming with life.” The golden green of a warm Saturday afternoon, the Eden of children, glows in the pages of this inimitable 1876 American classic. 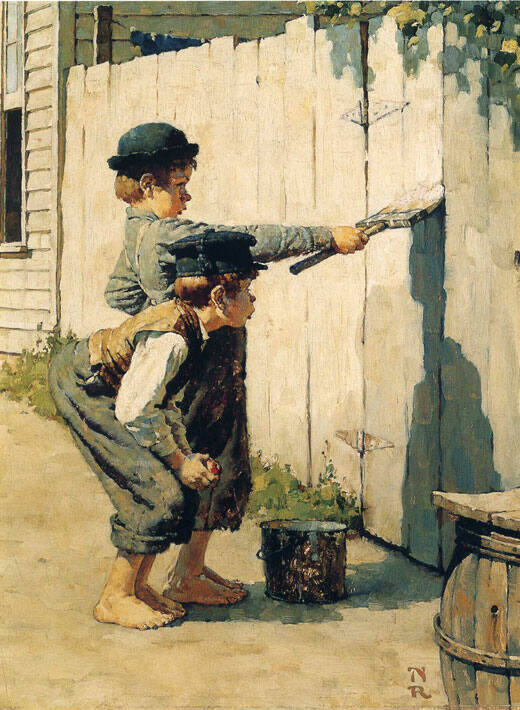 Just as surely as the child becomes a man, so must the childish world of miracles and mischief grow into a world of tears and joys—but no less full of adventure.

Mark Twain’s “The Adventures Tom Sawyer” also captures the most important thing about being a child: growing up. Tom Sawyer’s boyhood drifts toward an inevitable close just as surely as summer ends. 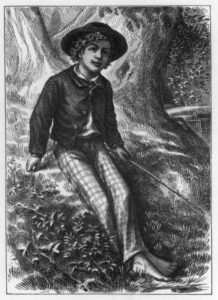 Front piece of The Adventures of Tom Sawyer, 1876 1st edition.

Driving the first half of this lark is a delightful waggishness. Tom Sawyer is the archetypical imp, and his dirty gang of rogues are outlaws by nature. They cannot memorize a single verse from the Good Book, but they know Robin Hood by the book, and more incantations than the Witch of Endor to boot. Weapons and wart removal with dead cats are all they swear by.

Though they all agree that the purpose of life is to become a hero, they also agree that the best way to accomplish this is to fake your own death, go off to be a pirate on Jackson’s Island for a spell, and then return for your own funeral. Tom Sawyer is quite a rogue.

Then, quite suddenly, something happens. After a cruel trick and a crueler lie, Tom realizes a stirring truth for the first time: that his actions affect other people. Aunt Polly is correct when she says, “Oh, child… you never think of anything but your own selfishness.”

The cruelty of his own thoughtlessness and selfishness arrests the boy so absolutely that he starts to act like a man. Tom uncharacteristically assumes blame (and a flogging) to spare a terrified blue-eyed creature for a schoolroom accident. He inexplicably testifies in public against the vengeful half-breed, Injun Joe, to save the life of a wrongfully accused simpleton. 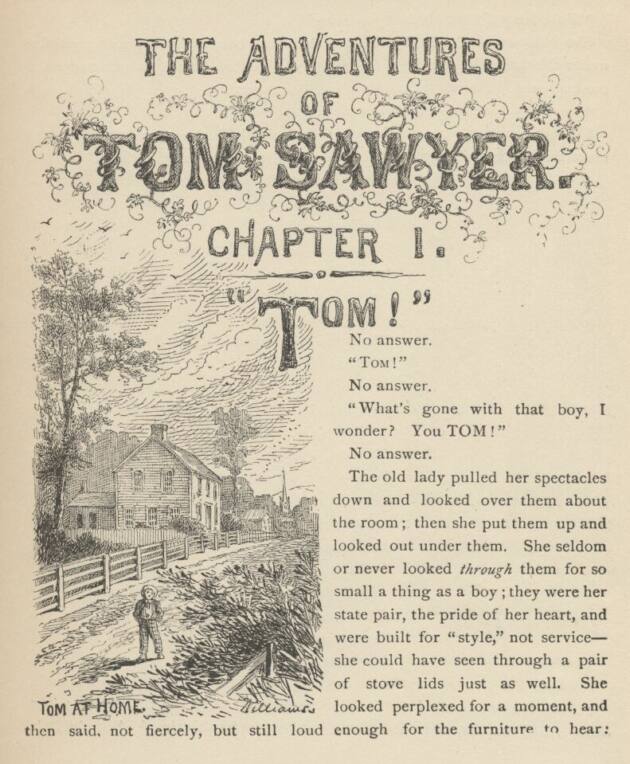 Read the book for free HERE.

Finally, when Tom finds himself hopelessly lost in the bowels of a cave with that same blue-eyed creature, there is less surprise when he magnanimously swallows his own terror to fan the hopes of his damsel in distress.

Though still given to pastimes such as treasure hunting and showing off, Tom Sawyer begins to behave in a manner suggestive of his destiny as a boy, thanks to his introduction to the moral life by Aunt Polly. He begins to consider the feelings of others through unfamiliar, but deeply instinctive, good deeds: deeds of justice, courage, and selflessness. 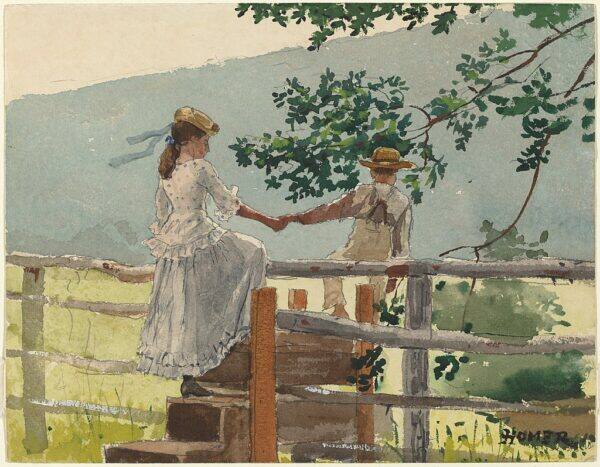 The ne’er-do-well yields to something new, and we find ourselves asking Tom Sawyer the same question the beauteous Becky Thatcher put to her hero: “Tom, how could you be so noble?”

So it goes. Romance makes way for realism. The beautiful morbidity of a midnight graveyard is marred by a horrifyingly brutal murder. The ghostly haunted house turns out to be home to flesh and blood villains. Puppy love leads to loving sacrifice.

Summer turns to fall, passing with all the rites of passage. Roguery must face up to responsibility. Although just a short volume, “The Adventures of Tom Sawyer” is, in fact, an eternal evocation of the human experience and the childlike genius of Mark Twain.