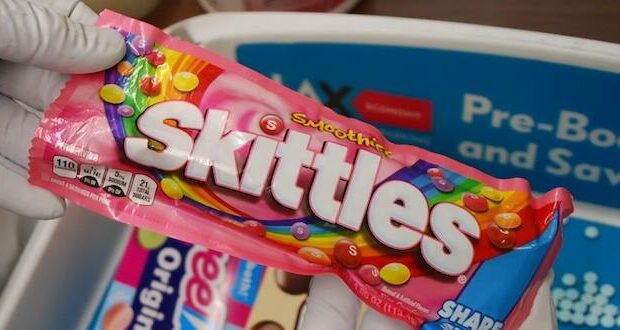 Parents are encouraged to be extra vigilant if their children go trick-or-treating this year because of the fentanyl crisis. From Florida to Oregon, warnings about candy are going out from law enforcement, including the DEA.

Agents at Los Angeles International Airport recently seized around 12,000 fentanyl pills packaged in several bags of candy, the latest incident of the deadly drug being disguised as something innocuous. The Los Angeles County Sheriff’s Narcotics Bureau Detectives and Drug Enforcement Agency agents assigned to the airport discovered the pills inside boxes of SweeTarts, Skittles and Whoppers.

“With Halloween approaching, parents need to make sure they are checking their kids’ candy and not allowing them to eat anything until it has been inspected by them,” sheriff’s department officials said. “If you find anything in candy boxes that you believe might be narcotics, do not touch it and immediately notify your local law enforcement agency.”

The U.S. Centers for Disease Control and Prevention reported more than 71,000 overdose deaths from synthetic fentanyl in 2021, up from 57,000 deaths in 2020.  Last month, New York authorities arrested a New Jersey woman after discovering she had 15,000 rainbow-colored fentanyl pills inside a Lego box. The DEA reported the incident was the largest fentanyl seizure in New York City history.

“Disguising fentanyl as candy — and concealing it in children’s toys — will never hide the fact that fentanyl is a deadly poison that harms our communities, our families and our city,” Police Commissioner Keechant L. Sewell said.

Earlier this month, the DEA announced the results of its One Pill Can Kill initiative, which led to the seizure of more than 10.2 million fentanyl pills and approximately 980 pounds of fentanyl powder. Out of the 390 cases investigated, 51 were linked to overdose poisonings, and 35 were connected to one or both of the Mexican cartels.

In a national survey of 1,000 likely U.S. voters conducted by Pulse Opinion Research for Rasmussen Reports, 91 percent of participants said they believe the country’s fentanyl issue is serious, with 73 percent describing it as a “very serious problem.”