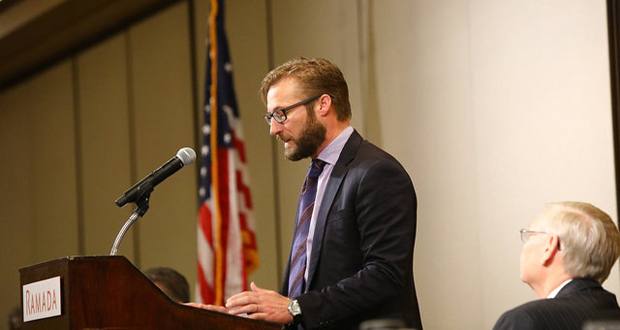 Prayer breakfast speaker advises on how to leave an intentional legacy

This year’s featured speaker at the Kansas Prayer Breakfast, on Wednesday, March 20th, was David McAlvany, and he focused on legacy. McAlvany is CEO of the McAlvany Financial Companies, International Collectors Associates, ICA Europe, and McAlvany Wealth Management.

The 58th celebration of the annual event was held at the Ramada Inn in downtown Topeka.

McAlvany is a featured speaker on national television programs including CNBC, Fox News, Fox Business News, and Bloomberg. He also speaks on radio programs and at financial seminars around the world analyzing major events and their impact on the global economy and financial markets. He hosts a weekly radio program with commentary from world leaders, bankers, economists, and renowned investors. 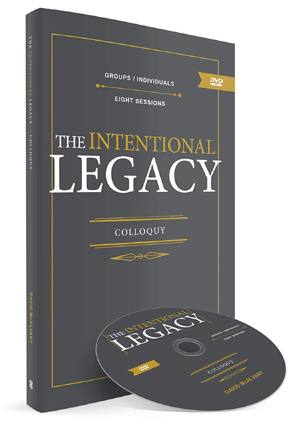 In talking about his book, “The Intentional Legacy,” McAlvany shared his own personal failures and successes as a “Prodigal Son,” who returned home to start over with purpose. He presented a strategy for “reverse engineering” your life and legacy. McAlvany presents a redemptive ethic for family prosperity based on love, forgiveness, and non-contingent relationships.

McAlvany said a person’s legacy is not determined by possession, but by the many choices that are made throughout life.

“It’s far more than the assets on a balance sheet, or shares or ounces of gold. Legacy is the expression of your values in the daily choices you make — what you live for, who you live for and how that takes shape in the little choices that tell your story.”

McAlvany encouraged the audience to “finish well,” and urged his listeners to consider their legacy, saying their life is not just their own, but it is for all the people in it.

In addition to McAlvany, the audience heard from a wide array of Kansas leaders.

The Kansas Prayer Breakfast is held in March each year, and is patterned after the National Prayer Breakfast, which began in 1953 in Washington, D.C., under the leadership of Kansas Senator Frank Carlson and President Dwight Eisenhower. The Kansas version began in 1962 with the aid and encouragement of Governor John Anderson. Carlson was the first keynote speaker.

More information can be found at www.kansasprayerbreakfast.net.