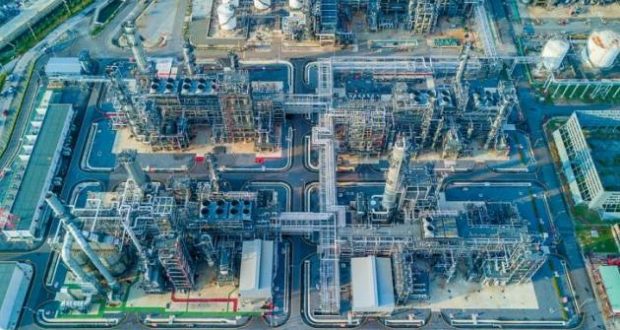 President Donald Trump announced on Sunday evening that he has authorized the release of oil from the Strategic Petroleum Reserve following attacks on Saudi Arabian oil fields and refineries.

“Based on the attack on Saudi Arabia, which may have an impact on oil prices, I have authorized the release of oil from the Strategic Petroleum Reserve,” he wrote at around 6 p.m. on Sept. 15.

He added that the amount would be “sufficient to keep the markets well-supplied.”

“I have also informed all appropriate agencies to expedite approvals of the oil pipelines currently in the permitting process in Texas and various other States,” the president tweeted.

The Strategic Petroleum Reserve, according to the U.S. Department of Energy, has the world’s most abundant supply of emergency crude oil.

“The federally-owned oil stocks are stored in huge underground salt caverns along the coastline of the Gulf of Mexico,” the agency’s website says.

It added that it has been used three previous times. The most recent time was in 2011 amid unrest in Libya that toppled longtime strongman Moammar Gadhafi.

President Obama at the time “directed a sale of 30 million barrels of crude oil,” it said.

“The Gulf of Mexico was a logical choice for oil storage sites. More than 500 salt domes, known to be an inexpensive and secure means of petroleum storage, are concentrated along the coast. Also, the Gulf Coast is the location of many U.S. refineries and distribution points for tankers, barges, and pipelines. In April 1977, the government acquired several existing salt caverns to serve as the first storage site. Construction of the first surface facilities began in June 1977,” the site says.

Saudi Arabia’s national oil company, Aramco, said it will cut oil production by about 5.7 million barrels per day, or nearly 50 percent, after drones hit the kingdom’s oil production, according to the Wall Street Journal.

Saudi officials now are trying to restore about of third of lost oil output by Monday, Sept. 16, the WSJ also reported.

Meanwhile, Iranian officials dismissed any accusation that the regime was behind several attacks targeting oil facilities in Saudi Araba. U.S. Secretary of State Mike Pompeo said that Iran was behind the assault.

“The Saudi-led coalition has been fueling the flames of war in the region; with recurrent acts of aggression against Yemen, and committing various war crimes for around five years, while Yemenis have proved that they stand against war and aggression,” Iranian Foreign Ministry spokesman Abbas Mousavi said, according to to the state-backed Tasnim News Agency.

Despite the denial, a general said the country is ready for a “full-fledged” war with the United States.

“Everybody should know that all American bases and their aircraft carriers in a distance of up to 2,000 kilometers around Iran are within the range of our missiles,” Amirali Hajizadeh, an Iranian commander, told Tasnim.

On Twitter, Pompeo accused Iran of committing “nearly 100 attacks” on a Saudi oilfield and refinery.

“Amid all the calls for de-escalation, Iran has now launched an unprecedented attack on the world’s energy supply. There is no evidence the attacks came from Yemen,” he wrote on Twitter.

Later, Pompeo called on every nation to condemn the attacks.

“The United States will work with our partners and allies to ensure that energy markets remain well supplied, and Iran is held accountable for its aggression,” he tweeted.