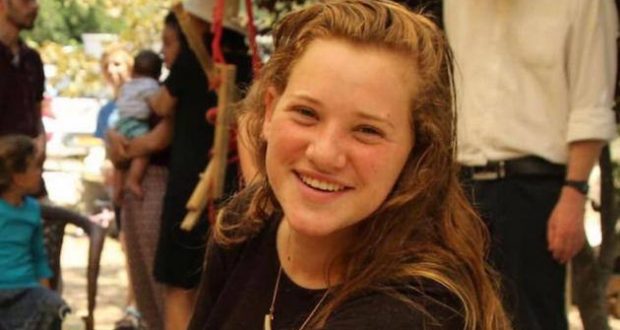 Rina Shnerb was murdered by Palestinians while she hiked with her father.

It’s time for some hard truth for Palestinians.

In late August, an innocent teenager, Rina Shnerb, became the latest Israeli to die in a Palestinian terrorist attack. Her father and brother were also wounded.

Thankfully, Israel has come a long way in reducing the ability of terrorists to strike at its citizens. Nowadays, Palestinian terrorists are not able to inflict mass casualties the way they were in the 1990s and 2000s, when attacks that left multiple people dead and wounded were not uncommon. But of course, one Israeli death at the hands of terrorists is still one too many. 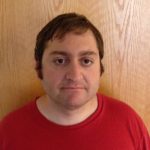 It is very likely that the Jewish state will respond to this latest act of terrorism the same way it usually responds. The terrorist will eventually be found and killed by Israeli security forces, or captured, put on trial and sentenced. Then his home will be demolished and the Palestinian Authority will begin issuing cheques to his family as a reward for yet another brutal murder of an Israeli. This seems like a story that keeps repeating itself over and over again, which is why Israel needs to change the way it reacts whenever one of its citizens is killed by terrorists.

Right now, Palestinians have too much incentive to commit acts of terrorism against Israel. Indeed, murdering Israelis is the most lucrative job on the market for them. This has to stop, and it’s up to Israel to stop it, because it is clear now more than ever that the Palestinian leadership will never stop paying their people to slaughter Israelis.

The Israeli government now subtracts the monies paid to families of terrorists from the taxes that it collects on the Palestinian Authority’s behalf. But doing this isn’t enough. Israel somehow needs to stop the terrorists’ families from actually receiving the payments in the first place, because if Palestinians knew that their families would not receive the pay-per-slay stipends promised by their leaders, they would no longer have a financial incentive to perpetrate acts of terrorism against Israel.

That said, it’s generally known that Palestinians who kill Israelis don’t just do it for financial gain. Almost right from the cradle, they are taught that killing Israelis and dying in the process is the ultimate path to paradise. This kind of incitement needs to end.

Until now, Israel has been demanding that the Palestinian leadership put an end to it. That’s never going to happen, and for Israel itself to put an end to the incitement would be a near impossible task, because doing so would not just involve removing and replacing the entire leadership of the Palestinian Authority as they are the ones who are the ultimate purveyors of anti-Israel and anti-Jewish propaganda that drive their people to commit acts of terrorism. Israel would also have to take control of the entire Palestinian education system as well as the Palestinian media.

It would not be unlike the de-Nazification of Germany after World War II, which took years if not decades, so it is very unlikely that Israel is prepared to undertake this kind of commitment.

What Israel can do, though, is start giving the Palestinians an alternative to the lies and hate that they’re accustomed to getting every day on TV, on the radio, in their newspapers and online. As it stands now, Israel is losing the information war against those who seek to demonize and delegitimize the Jewish state.

In other words, just start telling Palestinians the truth.

– Jason Shvili is a freelance writer in Toronto, Canada, and a passionate advocate for Israel. He has a Master’s degree in Political Science from the University of Toronto, specializing in ethnic and pluralism studies.