Proposed law allows 5-year-olds to select their own race, gender

“All students enrolled in a Delaware public school may self-identify gender or race,” a proposed Deleware state regulation states.

Children as young as five would be permitted to choose their own race and gender-identity —without approval from their parents — under the controversial new policy.

Drafted by the state Department of Education, “Regulation 225 Prohibition of Discrimination” would require schools to provide access to facilities (bathrooms, locker rooms, sex education classes) and activities (team sports like wrestling and football) that are consistent with a student’s gender identity — regardless of the child’s sex at birth or age, even if their parents object. Under the proposal, students could also choose their own race.

Last summer, Gov. John Carney instructed DOE to deliver clear guidance to school districts and charter schools to “prohibit unlawful discrimination in educational programs and activities for students, on the basis of any legally protected characteristic,” including race, ethnicity, sexual orientation, gender, gender identity or expression amid pressure from transgender students and their parents, reports.

“This regulation is about providing guidance that will help school districts ensure that all children feel safe and comfortable at school,” Carney’s office said in a statement. “It was drafted by a development team that included parents, educators, school district leaders, students, and school board members from across the state.”

While LGBT activists have applauded the regulation for being in the “best interest” of transgender and non-binary children, many lawmakers and parents have expressed their opposition. The state’s proposal drew more than 11,000 public comments in the form of letters, emails and online submissions, with the majority opposing the new rule.

Terri Hodges, president of the Delaware PTA and committee member, said the regulation is an example of government overreach.

“I would be livid if the school allowed my daughter to make such a significant decision without me,” she said. “I want to protect children, but we can’t pick and choose when to engage parents.”

“I believe the proposed policy is outlandish, allowing children of any age to ‘self-identify’ their gender and race and to choose a new name that school officials must use,” he said in a statement. “There is no limit in Rule 225 as to how many times these actions could be taken by the student.”

Tony Perkins, president of Family Research Council, pointed out that recently the American College of Pediatricians warned legislators and educators that teaching children to accept transgenderism is child abuse.

“Of course, the irony is that someone’s being abusive, according to the American College of Pediatricians—and it isn’t parents,” he said. “This is exactly the kind of agenda they classify as ‘child abuse.’ Theis is calling on people across the state to get involved in stopping state officials from putting kids in dangerous situations—and keeping parents in the dark about it.”

If approved, Delaware would be among 18 states and the District of Columbia who have implemented anti-harassment regulations based on gender identification and sexual orientation, according to the HRC. 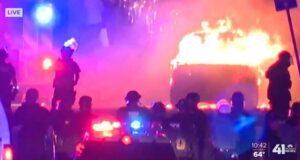 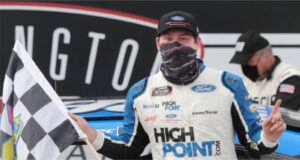