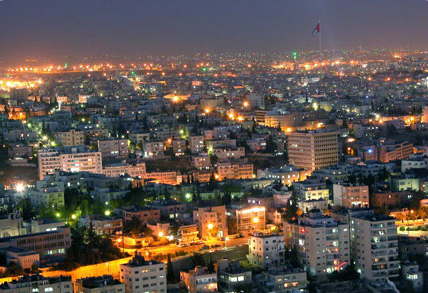 Amman, Jordan is a vibrant city in a peaceful country that shares a peace treaty with Israel.

Remembering 9/11 From the Middle East 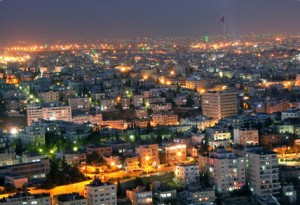 Amman, Jordan is a vibrant city in a peaceful country that shares a peace treaty with Israel.

Amman, Jordan –The Muslim call to prayer can wake you up at 4:16 in the morning, even on the eighth floor of your hotel. The heavy glass windows and twelve-foot tall curtains — so thick and embroidered they could double as comforters, are no match for the speakers adorning Amman’s thousand mosques.

So begins the day for millions of Jordanians and us “light” sleepers from the west.

Today however, I slept through that Muslim ritual and awoke precisely 30 minutes before my cell phone alarm beeped. I lay in bed wondering if I should risk dozing off, missing breakfast and eliciting a knock on the door from our tour guide. I kept my eyes open and focused on a ray of light sneaking around the corner of the curtains and piercing the darkened room like a lazer beam. I contemplated the tenth anniversary of 9/11—an anniversary that came to this middle-eastern time zone seven hours before New York.

How strange I thought, half-a-world away from the United States, in a muslim country (admittedly the region’s most moderate Arab nation) and I will spend at least part of the day touring a mosque.

Traveling in a group of eight Christian journalists from across America, I knew the purpose of the meeting (they said as much) was for our official Jordanian hosts to share their view on the Israeli/Palestinian conflict and attempt to influence our position. But the events of the day, or rather this day in 2001, weighed heavy on the Senate President, and a Jordanian General who also came to meet us.

President Masri was emotional, and I knew it was genuine, as he shared his memories of the day. But he said although Jordanians were sad and shocked back in 2001 (they flooded the U.S. embassy sidewalk with flowers, wreaths and candles), the violence against humanity at Ground Zero still seemed like a nightmare of something that could not happen here in Jordan.

That was at least true until November of 2005 when three suicide bombers killed 67 people (including a wedding party) at three separate Amman hotels–including the Hyatt.

And so Jordanians and Americans share the shock of lost innocence and security and remain strong allies against radicals who would divide us.

It’s the evening as I write this. Undoubtedly back home the names are still being read somewhere at some remembrance of those events.

The evening muslim calls to prayer are audible outside my hotel window. I prayed too, today, for my nation and the victims of the terrorist attacks whether they are in the U.S., Israel or Jordan. I prayed and thanked God for his Son Jesus Christ, who died for me and every other sinner in the world. I prayed today in the muslim country of Jordan and I honored the victims of September 11. 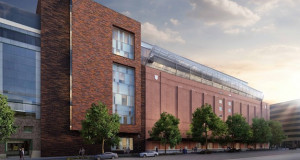 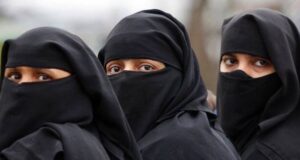 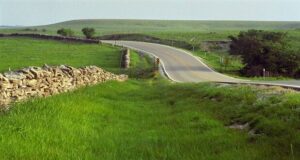