Home / Entertainment / ‘Searching’ is a thriller with an urgent message 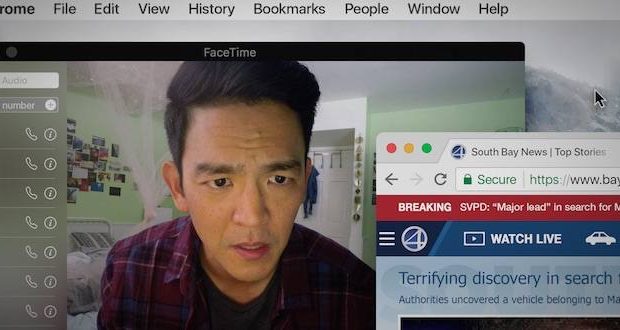 ‘Searching’ is a thriller with an urgent message

On a normal Thursday night, David Kim received a call from his daughter, Margot, informing him that she would be studying all night with a group of friends. The next day she was nowhere to be found. Thus begins his urgent search.

David Kim (John Cho: Star Trek) never thought that his 15-year old would be considered a missing person. He had the perfect family. A beautiful wife, an adorable daughter, a nice house in the suburbs. But when his wife passed away, he couldn’t span the space between him and Margot.

And now he must race against time to find his only child. But what if the Margot (Michella La: Mom, Gilmore Girls) he thought he knew isn’t the real Margot at all?

As David digs deeper and deeper into his daughter’s secret online life, it’s a question that haunts him more and more.

David will go to any length to find and protect his daughter (even if that means inflicting pain on others at times, which I’ll deal with below). Similarly, Detective Vick (the lead investigator in Margot’s missing person case) tells David that she too would do anything to help her son and to protect him. That common ground—their passionate parental love—forms the foundation for their relationship in the film.

David watches videos of his wife and daughter, reminiscing about happier times. We see a video of Margot giving her dad a homemade Father’s Day card, as well as other videos of David and his wife spending quality time with Margot. This all puts the family in a loving context.

But things can change when a family experiences a death.

As she grieves her mother’s death, Margot ( finds love, support and understanding through social media. That’s a good thing to a point. But the film also cautions that this relational outlet leaves her vulnerable in ways she doesn’t really understand.

Not for the little ones

This is not a movie for the entire family. It is a look at deep pain and difficult circumstances. Rated PG-13 for thematic elements and some language, it rises above all other PG-13. Think suspense and Hitchcock. It is portraying a painful reality of so many families whose children go missing and families who lose a parent and the collateral damage of both events. The guilt, the “what-ifs.” It all becomes real.

So, as he grieves his wife’s death, David overlooks his daughter’s pain and grief. Instead of communicating with Margot after her mother’s passing, he ignores his grief in the hope that it will all work itself out. David emotionally disconnects from his friends and family which results in Margot’s relational seclusion, as well as his own.

Margot has full access to technology without David’s parental oversight. She posts videos and gives out personal information to complete strangers, and she goes where she wants without giving her father many details concerning her whereabouts.

As David searches for Margot, he realizes that he doesn’t know very much about his teen girl (or her at times risky social media habits). His searching leads to a lot of frustration, worry, fear and anxiety as he gradually discovers that she has not been honest with him about many things.

The film also deals with the selfish nature of people involved in the search. Multiple people exploit Margot’s disappearance for their own selfish reasons and gain.

These different screen-based modes of storytelling overlap to deliver a couple of urgent warnings:

First, Searching warns us of the dangers that exist when we aren’t aware of what our children are doing online. It encourages intentional communication about technology for the sake of our kids and their safety.

Second, the film speaks to shadowy side of the “fame culture” that informs so much of contemporary life these days. We see how some of those who want to be famous and liked will do whatever it takes to make that happen (including making videos that recklessly exploit themselves).

Technology can be good or bad

Finally, Searching reminds us that technology is not always negative. In fact, we see how it can even be used to help solve mysteries like this one.

Searching is a provocative film. I’ve never seen a movie crafted entirely through screens like this one is. On a deeper level, the film also prompted me to think about my relationship with my own son, how I want to be present for him emotionally and know what’s going on in his life as he gets older. I want to be aware of social media trends and knowledgeable when it comes to the sites and apps he’ll use in the future. Most of all, I want to protect him at all costs.

Which means that I wouldn’t bring him—or any young viewer—to this movie. It’s not for little ones. This film is aimed at an older audience, as it’s filled with suspense and includes some profanity, violence, references to drug use and gripping stories about the dangers of the internet.

Searching is a story that will keep viewers guessing at every click. And it’s also a movie that might stay with some viewers—especially parents of tweens and teens—in a way that goes deeper than just trying to provide a thrilling cinematic ride.

– Kristin Smith, Focus on the Family and PluggedIn