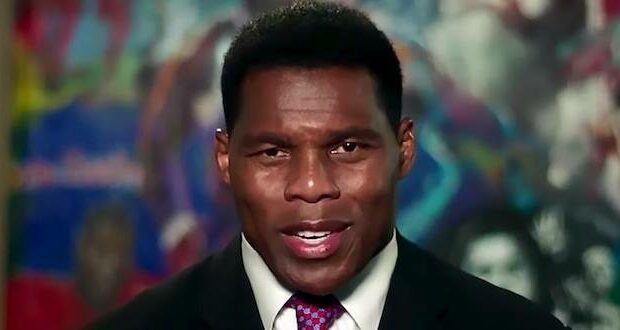 Herschel Walker is one of the most respected athletes of all time. Now, he may be able to add “Senator” to his resume.

The legendary running back for the Georgia Bulldogs is being encouraged to run in 2022 for the U.S. Senate representing Georgia. It was just filled by Raphael Warnock who must run again next year to keep his seat. That’s because Warnock’s victory over GOP incumbent Kelly Loeffler was to fill the remainder of retired Republican Johnny Isakson’s term.

Walker, who has not previously been political, became a conservative rock star at the 2020 Republican National Convention. His support of President Donald Trump may have been one reason Trump received a record number of Black votes, outpacing Republican candidates over the past three decades

“Wouldn’t it be fantastic if the legendary Herschel Walker ran for the United States Senate in Georgia?” Trump said in a news release. “He would be unstoppable, just like he was when he played for the Georgia Bulldogs and in the NFL. He is also a GREAT person. Run Herschel, run!”

Walker, who is 59, was unequivocal in his support for the former president during the convention. He supported Trump because he knew him personally, he said.

And he’s known him for almost 40 years.

Walker won the Heisman Trophy in 1982 before joining the Trump-backed United States Football League in the early 1980s. After that, he played for the Dallas Cowboys, Minnesota Vikings and several other NFL teams for 12 seasons. Walker, during his RNC speech, categorically denied leftist claims that Trump is a racist.

“It hurt my soul to hear the terrible names that people called Donald,” he said. “The worst one is racist. I take it as a personal insult that people would think I’ve had a 37-year friendship with a racist. People that think that don’t know what they’re talking about. Growing up in the Deep South, I’ve seen racism up close. I know what it is. And it isn’t Donald Trump.”

Our Elected Officials time is best served upholding the Constitution and finding solutions to hold Companies & our Government accountable. They want to keep everyone emotional with bandaids rather then solving problems! #Many folksmakemoneyoffofcreatingraceproblems pic.twitter.com/4hyDTfa97a

The 2022 Georgia Senate race will pit a GOP challenger against Warnock, who only narrowly defeated former Sen. Kelly Loeffler. Loeffler was appointed to the Senate seat by Gov. Brian Kemp after the resignation of Sen. Johnny Isakson at the end of 2019. Loeffler has publicly expressed interest in running for the seat in 2022, as has former Rep. Doug Collins. Former Sen. David Perdue several weeks ago filed paperwork to run for the seat but later withdrew his bid.

Trump remains one of the most popular political figures in the country. A poll named him “most admired man” beating former President Barack Obama.

The race for Georgia has already started. Joe Biden, who won just 11,779 more votes in Georgia during the election, is scheduled to visit Atlanta March 19 for a so-called “Help Is Here” tour.  The tour will celebrate the nearly $2 trillion spending package just passed by Democrats, though without a single Republican vote.

New Treasury Secretary Janet Yellen supports raising taxes to pay for the spending, 90% of which does not directly go to Covid aid. The economy and taxes are expected to be a central issue in the 2022 midterms.