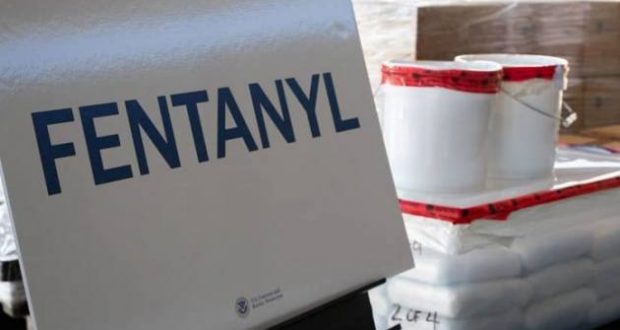 Smuggled from China: ‘Enough Fentanyl to kill over 14 million people’

Law enforcement seized a huge shipment of narcotics in Virginia, North Carolina, and Texas and arrested 39 defendants for an alleged conspiracy to distribute large amounts of heroin, fentanyl, and cocaine in Hampton Roads, according to a release by the United States Department of Justice on Aug. 29.

“This massive interdiction of narcotics, which included enough fentanyl to kill over 14 million people, is proof positive of the power and strength of federal, state, and local law enforcement collaboration,” said G. Zachary Terwilliger, the U.S. Attorney for the Eastern District of Virginia, in the release.

The massive arrest operation was carried out by 120 officers from 30 law enforcement agencies over three days and led to the seizure of 24 firearms, 30 kilograms of fentanyl, 30 kilograms of heroin, 5 kilograms of cocaine, and over $700,000 in cash.

“This operation, through its seizure of scores of kilograms of illicit narcotics, saved lives in the Eastern District and elsewhere,” said Terwilliger.

The operation is part of a historic effort initiated by the Trump administration, working with local, state, and federal agencies, to target drug trafficking across the country.

He said the alleged drug trafficking ring is an example of fentanyl coming to the United States from China.

“The illicit fentanyl that’s coming in, the vast majority is from China and a lot of it is coming in through the mails,” Terwilliger said at a press conference. 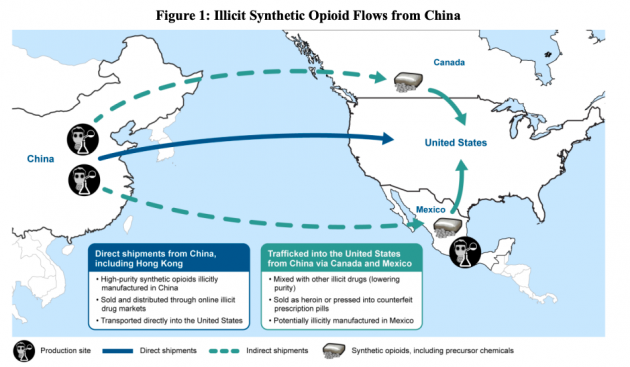 The indictment (pdf) mentions the case of a suspect in Virginia ordering fentanyl from a vendor in Shanghai and receiving it at his residence through mail by the United States Postal Service.

“The last thing we want is for the US Postal Service to become the nation’s largest drug dealer and there are people way above my pay grade working on that, but absolutely it’s about putting pressure on the Chinese,” Terwilliger said.

According to the indictment, the “defendants and unindicted co-conspirators” would purchase and receive narcotics from suppliers in Mexico, California, and New York and arranged hidden compartments in privately owned vehicles, couriers, and semi-trailers, trucks, and recreational vehicles to transport them.