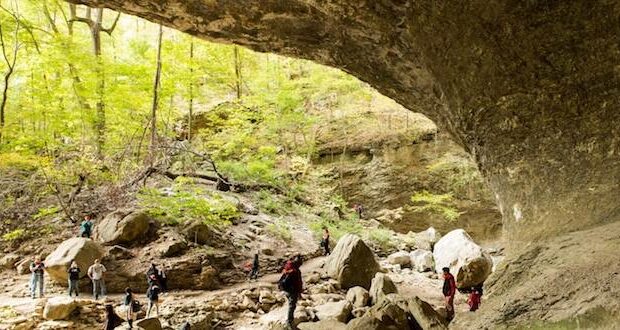 Life-saving efforts from church members and witnesses could not save the life of a teen who fell to his death in Arkansas over the weekend.

The church group of young people were hiking near the Lost Valley Trail at the Buffalo National River, according to the press release from National Park Services (NPS).

The teenager slipped and fell 20 feet during an out-of-state hiking trip with his church group, according to the National Park Service.

The 16-year-old, who was from Ava, slipped and fell while on a hiking trip with his youth group. He apparently strayed from the trail at Buffalo National River in Arkansas, and climbed up a hill over the mouth of a cave, where he lost his footing, park officials said.

He suffered “traumatic brain and spinal injuries,” but those present attempted CPR and rendered first aid on the boy until emergency personnel arrived. He was “unresponsive” by the time park rangers and paramedics arrived. He was later pronounced dead.

Authorities have yet to identify the teen.

The Buffalo National River released the following statement about the tragic event.

“The park staff and I extend our deepest condolences to this young man’s family and friends,” said park superintendent Mark Foust. “Our thoughts and prayers go out to all involved and to the communities affected by such a tragedy. We are thankful for those who assisted during the incident, including the first responders, North Arkansas Regional Medical Center ambulance staff, Newton County Sheriff’s Office, Ponca Volunteer Fire Department, Harrison Fire Department, Mennonite Disaster Service, and the BUFFSAR volunteers.”