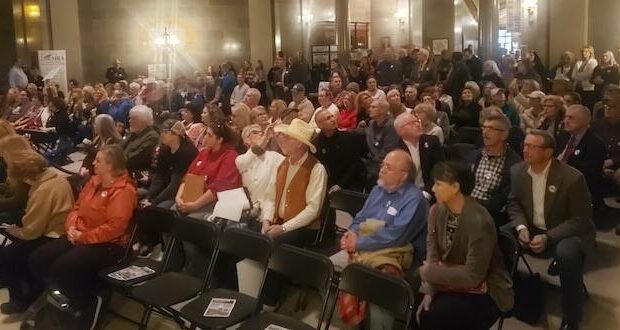 On Monday more than 250 people from across the state rallied inside the Missouri State Capitol Rotunda to oppose the confirmation of the DHSS Donald Kauerauf. “No Vote. No Vote,” echoed through the hallways as senators walked through the gauntlet on their way to the hearing. 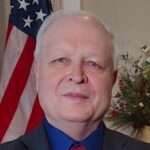 Senate President Pro Tem David Schatz announced that there would be no votes on any confirmations, then moved Kauerauf’s hearing from at the top of the agenda to the end. Late in the day the senators did ask Kauerauf hard and pointed questions for more than an hour. Questions ranged from his time in Illinois as that state’s Terrorism Task Force leader to support of swab tests for K-12 students.

READ: Why the opposition to Kauerauf?

At the end of the day, Gov. Parson defended Kauerauf with a press release that included the nominee being “strongly pro-life.” Parson gave his reasoning of “why Don is the right choice” to continue leading DHSS.

In an interview on the St. Louis radio station KMOX, Attorney General Eric Schmitt came out strongly against the confirmation.

DONATE NOW: Please support independent news no one else will print

Today, Tuesday, it is expected that senators will take up Kauerauf’s confirmation in committee along with about 30 others confirmations. If approved, the vote on the controversial nominee will go to the Senate floor where conservative Senator Mike Moon is likely to filibuster until the session ends, cut short by an impending snowstorm. If the Capitol is closed on Wednesday and Thursday, the nomination dies at noon on Thursday because 30 days have passed since the confirmation process began, and that is the limit for consideration under Senate rules. Central Missouri is expecting up to 20 inches of snow in some locations with many legislators and staff wanting to travel home before the snowstorm hits Tuesday night.

The only way for Kauerauf’s nomination to be considered after Thursday would be for the governor to withdraw the nomination today, and then resubmit it. But to do that would mean that Kauerauf would no longer be the director of DHSS, and could not be until the General Assembly session ends in May.

One thing tripping up the nomination is his numerous on-record statements concerning the pandmeic, mitigation efforts and other controversial statements. In an interview on St. Louis public radio on Nov, 15, 2021, Kauerauf stated that no one should question public health officials and their expertise (at 19:00) and “we now have control over society” at 17:00.

The stakes in this confirmation where high because Kauerauf has been a strong advocate for masks and vaccines. He also advocates saliva testing for Missouri’s K-12 students that will involve DNA collection up to three times a week for all the state’s children enrolled in public schools. It is almost identical to a similar to a program called SHIELD, that he and his wife implemented in Illinois. Both Kauerauf and his wife both worked in the state health department.

Many political observers Monday, believe the turning point in this confirmation came with the oupouring of public opposition at the Capital.

Leaders of the opposition to the nomination are asking citizens to call their state senators today.

Here are the State Senators who sit on the Senate Appointment Committee:

–Preston Smith is a long-time Jackson County resident who tracks issues and offers news/commentary from time to time to the MetroVoice.

Previous: China is source for Covid tests being mailed to American homes
Next: ABC employees call for firing of Whoopi Goldberg after Holocaust comments