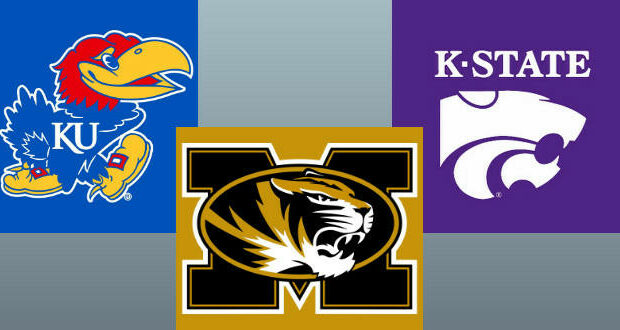 Where do Missouri and Kansas universities come in on the list of “Worst Colleges for Free Speech” for the 2022-2023 school year?

The Foundation for Individual Rights and Expression (FIRE) released its third annual College Free Speech rankings, which surveyed 45,000 students nationwide to help rank 203 of America’s most influential and prestigious universities. Free speech experts used a combination of student opinions and university policies to rank the schools from best to worst for free speech.

At the bottom of the rankings were Columbia University, the University of Pennsylvania, Rensselaer Polytechnic Institute, Georgetown University and Skidmore College.

Kansas has the distinction of hosting the college ranked #2 for free speech, something the Wildcats can be proud of. Other regional schools ranked in the middle.

K-State, located in Manhattan among the bucolic Flint Hills,  is ranked as having a good climate for free speech. There is virtually no speech code, giving it a green light and the liberal vs. conservative makeup of the university is 1:1.3 with conservatives just ahead. That may explain the freedom of conservatives to express their opinions. Free speech has been found to be lost on campuses where the liberal population far outnumbers conservatives causing conservatives to lose their rights. Thirty-eight percent of students say shouting down a speaker to prevent them from speaking on campus is never acceptable.

The University of Kansas ranks 73 with an overall score of 50.34 in speech freedoms. Its speech code gives it a yellow warning label and it ranks 93rd for tolerance. Kansas’ largest university also has liberal to conservative makeup is 2 to 1 putting conservative students in the minority thus causing them to often lose speech rights. It ranks 153rd in students feeling open to expressing their views. As for speakers, 42% of students say shouting down a speaker to prevent them from speaking on campus is never acceptable.

The University of Missouri ranks the worst among Missouri and Kansas schools, coming in at a dismal 143. It ranks 162nd for a student’s comfort level at expressing ideas and 116th for faculty support of free expression. Its overall score was just 39.42 out of 100 for free speech. One student told the survey, “I am biracial Hispanic and white. I literally had a professor sit through class and just called white people racist the entire time so it didn’t matter what my opinion was, it was going to be racist.”

Only one private college in either state was surveyed. Washington University in St. Louis ranked #99 among schools, though with a score below that of MU. The liberal/conservative make-up of school is almost 5 liberals for every 1 conservative student. It also sports a yellow warning label for speech codes. Just one in three students said it was not acceptable to shout down a speaker on campus. As for faith, a student graduating in 2023 states, “I’ve had professors who have said negative comments after learning I was Catholic and assumed I held a bunch of beliefs that I seriously disagree with. It makes me feel incredibly uncomfortable to wear a cross on campus due to the looks I’ve gotten.” Another student had this to say: “If you’re not a bleeding liberal you’ll be crucified for voicing your opinions. It’s sad this isn’t blatantly noticeable to the administration.”

FIRE Senior Research Fellow Sean Stevens said in a press statement that one of the top findings from FIRE’s survey is that students are self-censoring out of fear that their comments may be misinterpreted by peers, with some 40 percent fearful of disagreeing with a professor.

“That so many students are self-silencing and silencing each other is an indictment of campus culture,” Stevens said. “How can students develop their distinct voices and ideas in college if they’re too afraid to engage with each other?”

The survey also found that conservative students are the most likely to feel they can’t express their opinions freely.

On Tuesday, FIRE announced a lawsuit challenging Florida’s Stop WOKE Act, which would withhold state funding from universities teaching “race or sex scapegoating” and other “divisive concepts.” FIRE wrote on Twitter that “you can’t censor your way to free speech.”