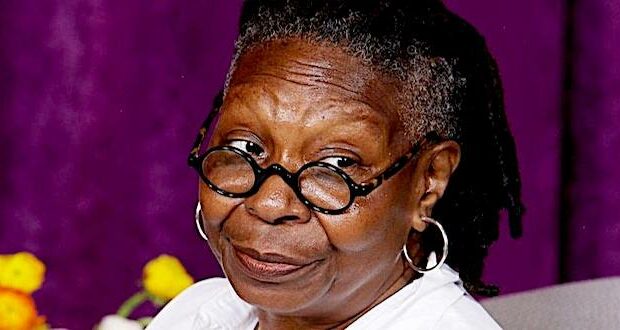 Whoopi Goldberg is being criticized for what many call ignorant comments about Jews and the Holocaust.

Referring to Adolf Hitler’s genocidal plan to exterminate the Jewish people, Goldberg says it “wasn’t originally” based on rase.

Goldberg dropped her real name Caryn Elaine Johnson, changing it to Goldberg because Johnson didn’t sound “Jewish enough” she as reported by the Jewish Chronicle.  She does not have any Jewish ancestry.

Her latest comments echo previously criticized statements she made during a January 31, 2021 episode of the “The View,” which led ABC News President Kim Godwin to suspend her for two weeks.

On that show, Goldberg claimed “the Holocaust isn’t about race” during a discussion of a Tennessee school board’s decision to ban “Maus,” a Pulitzer Prize-winning graphic novel that deals with the Holocaust.

“This was clearly idiotic,” responded Israel-based British commentator Melanie Phillips at the time.

“The signature characteristic of German Nazism was that it set out to exterminate Jews as a race, identifying them as targets for annihilation on the basis of even a tenuous ancestral connection with Judaism,” wrote Phillips on JNS.org.

Phillips added, “Attempting to apologize in the ensuing storm, Goldberg made things even worse. Saying she had now learned that ‘Hitler and the Nazis considered Jews to be an inferior race,’ she then told Stephen Colbert on his late-night comedy show that the Nazis had lied and actually had issues not with race but with ethnicity, which caused further outrage and prompted another apology.”

In the Times piece, the interviewer corrected Goldberg after she appeared to repeat claims that the Holocaust wasn’t related to concepts of race.

“Nazis saw Jews as a race,” said the interviewer, to which Goldberg replied, “Yes, but that’s the killer, isn’t it? The oppressor is telling you what you are. Why are you believing them? They’re Nazis. Why believe what they’re saying? It doesn’t change the fact that you could not tell a Jew on a street. You could find me. You couldn’t find them.”

Americans Against Antisemitism called for Goldberg to resign from “The View.”

“How ignorant. How stupid. How uneducated,” said the organization’s founder Dov Hikind. “[The Holocaust] was ALL about race.”

“Whoopi Goldberg – 1 million Jews were murdered in Auschwitz alone, so take a lesson from @AuschwitzMuseum,” tweeted Boundless Israel co-founder Aviva Klompas. “Hitler targeted Jews for annihilation arguing that we are a distinct and inferior race. Stop distorting history. It’s offensive to every Jew murdered in the Holocaust.”

“This is one of the times where I think someone should force Whoopi Goldberg to go to a Holocaust museum and learn about the Nuremberg laws,” posted video game designer Luc Bernard to Twitter.

Previous: The fascinating history of air travel in Kansas City and the Midwest
Next: Financial decisions now can pay dividends in the coming year