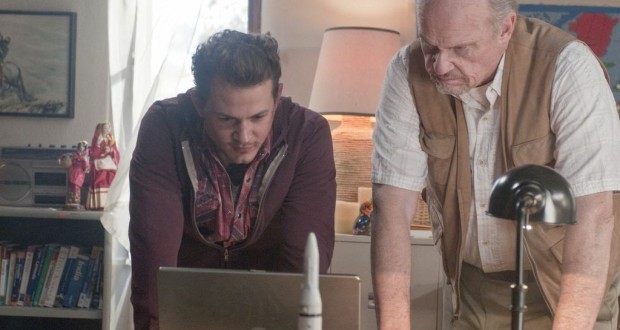 Retired scientist, philanthropist, not so retired any longer with movie endeavor

What could you accomplish for God if you knew you had unlimited resources and that it was impossible to fail?

Harold Finch, Ed.D., of Lee’s Summit has spent a lifetime asking that question. The answers have led to highly successful careers in aerospace, business, education and international public speaking. And at an age when no one would blame him if he simply took time to relax with his three children and six grandchildren, he and his wife, Peggy, jumped into a bold new project.

Finch is executive producer of “Unlimited”, a theatrical film that will open in the Kansas City area this fall and will be screened internationally through the International Mission Board and other missions organizations. 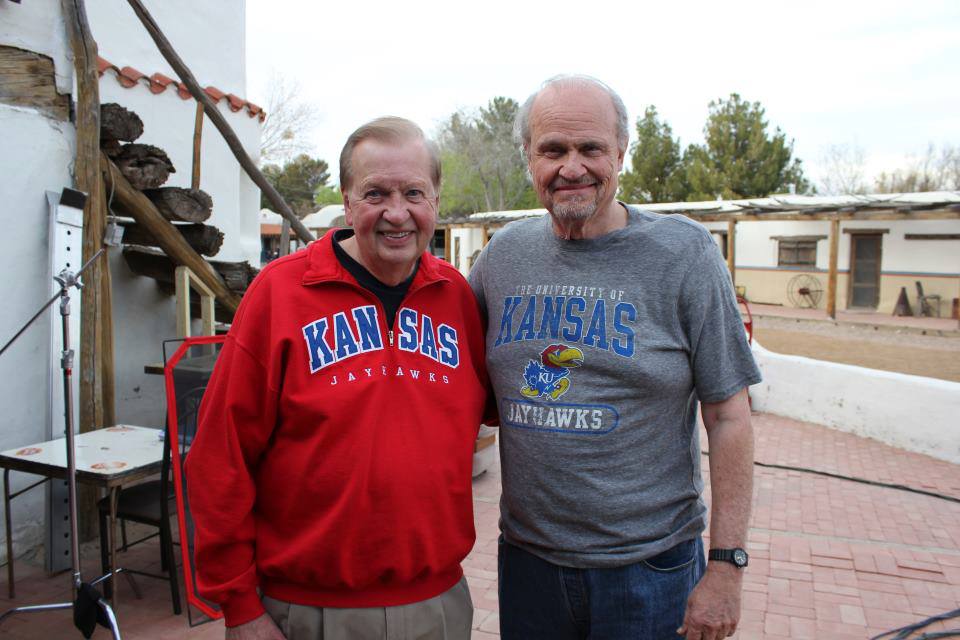 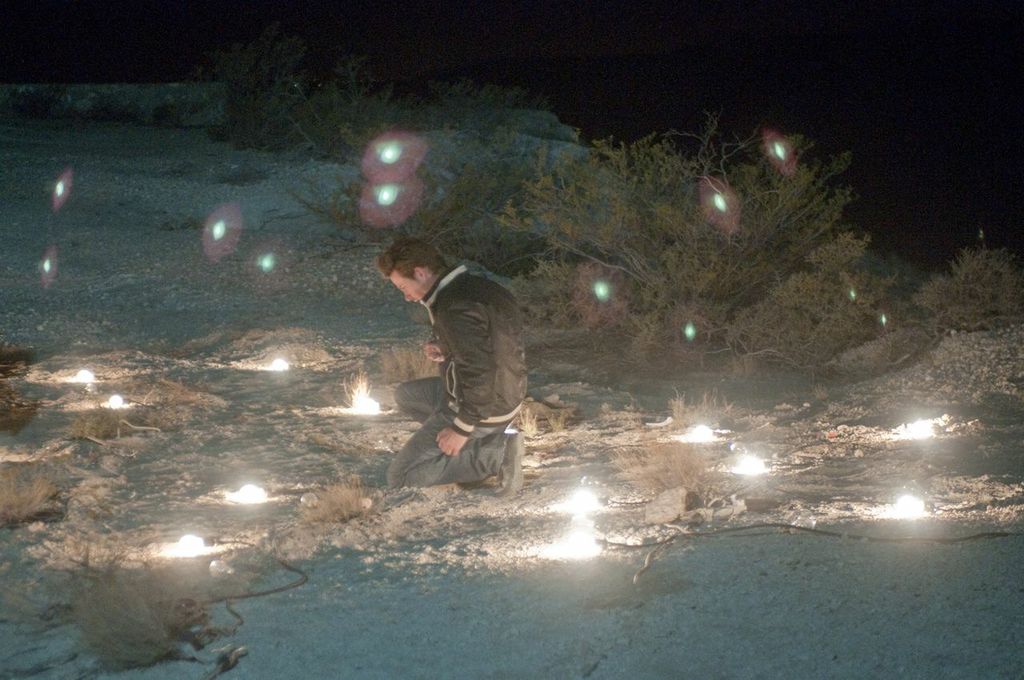 “I realized about three years ago that I was getting up in years and couldn’t continue traveling around the world doing seminars forever,” he said. “I asked God, `Is this great ministry that you created going to fade away when I fade away?'”

The answer came quickly. A member of YWAM approached Finch about producing a movie based on the principles in his “Three Keys to Success” seminars. Finch has presented this seminar worldwide more than 750 times. Although the content is “secular”, he never fails to present the fourth key of eternal success, and more than 55,000 people have accepted Christ as their Lord and Savior.

“â€˜`Unlimited’ is not very preachy, and it has a lot of action,” he said. “I don’t want the parking lot to be filled only with church buses.”

“Christian films are a genre to themselves,” he said. “There are different kinds of faith-based movies. Some are on-the-nose, evangelical, altar-call types of movies. But if you are a Christian, it will be reflected in what you do. We are Christians who make films. We want to do something is cool, fun and exciting.”

The screenplay, written by Davis Bunn and Joe Scott, focus on Simon Orwell, a brilliant student whose life has taken a series of wrong turns. At the point of giving up on his dreams, he gets a call from an old professor who has invented a breakthrough in a device that would create unlimited energy, and he needs Simon’s help. But once he crosses the border into Mexico, nothing goes as planned. The professor has been killed and Simon is assaulted and nearly killed by members of a powerful drug cartel. Now he must take refuge in the only place that will help him — a local orphanage.

“We live in an entertainment-driven age,” said Phil Hopper, Finch’s pastor at Abundant Life Baptist Church in Lee’s Summit. “I see this as tool to advance the gospel in ways we haven’t been able to in the past and bring it in front of people who otherwise may never come to church.”

The project came together quickly for a high-quality production. Funding, often the biggest hurdle to most films getting made, was not an issue.

“Peggy and I have our businesses with the whole purpose of having a ministry after that and giving our money away for the ministry,” he said. “We are pretty successful at giving it all away. Ideally, you want to spend your last dollar on the day you die.”

Finch and Gundersen assembled a production team and actors with successful track records in both Christian and secular film, such as director Nathan Frankowski from the Los Angeles area.

“We had a great team,” Frankowski said. “Chad and I worked great together. We knew we didn’t have a lot of money and we certainly couldn’t film in Mexico, so the first thing we needed was to get the Mexican look without going into Mexico. El Paso gave us just that.

“Chad also brought in a great crew that knows how to work with little but produce big things. My cinematographer, Steve Campbell, has a brilliant eye and really helped us get that expensive, authentic look. So basically, with a great vision, great crew and locations, we were able to pull it off.”

Veteran actor Fred Thompson, whom many will recognize from the television show “Law & Order” or his tenure as a U.S. senator from Tennessee, agreed to play the role of Finch. “Everyone said, `there is one guy who is exactly like you’,” Finch said. “When I sat with Fred, I felt like I was talking to myself. We couldn’t afford him, but he loved the script, so he did it for a song.”

“We sought out Amaya, and he loved the script,” Finch said. “We had prayer on the set every day, and some of the non-Christians started dropping in. Toward the end, one longtime movie veteran said with tearful eyes, `I’ve never been on a set like this’.”

Frankowski was able to make El Paso look like Mexico and draw strong performances from his cast.

“Other than the look, the challenge on any film is the performances,” he said “We had great casting directors who gave us amazing options. and we really did find an amazing cast. It took a lot of work and a lot of watching tape, but I got what was needed.”

Of course, producing a great film is only the beginning. Finch and his team have ambitious plans to get it in front of as many people as possible. This begins with a limited release in selected cities, including Greater Kansas City on Oct. 11. Finch will screen and discuss the film for area pastors in six areas of Kansas City leading up to the premiere (see sidebar).

A half-dozen missionaries around the world have excitedly agreed to test the film.

“The whole purpose is for a missionary to show this and university students and others to come to see this Hollywood movie with lots of action,” Finch said. “At the end, the missionary says, `How many of you have reached your unlimited potential? Would you like to be like Simon and do something amazing?”

The key to this approach is making a compelling film that viewers want to see.

“The first thing I want people to do is enjoy the film,” Gundersen said. “The second is the message that everybody has amazing God-given gifts and talents. It takes work on our part to fulfill it. The character Simon is held back only by himself, by decisions he had made in the past.”

Finch remains hard at work with numerous tasks, such as promotion to both Christian and secular audiences; translation into Spanish; and follow-up training.

“I have a four-week follow-up study with my book with leaders and small groups,” he said. “They begin to internalize what we teach. I believe everyone can be extraordinarily successful. At best, one person in thousand ever achieves what they could have. They go to the grave with big dreams after a life of just surviving or attaining limited success.

“God has put into everyone’s heart the talent, ability and brains to achieve unlimited success. So churches are filled with people with great potential that God has given. What can a church do with group of new people on fire?”

“Unlimited” already has had an impact on the people who helped create it.

“With any film, it’s all about people,” Frankowski said. “It’s a collaborative art form. I gained a lot of great friendships and hopefully people I can call on in the future.

“A huge bonus was to be able to work with Harold Finch. He’s done so much with his life, and yet he is humble pie. His message will always stay with me, but also just watching him on set, the way he interacts with people, really spoke volumes.”

“Unlimited” may be evangelical, Hopper said, but it also conveys a challenge for Christians.

“The message for a Christian is to think beyond what they think their limits are,” he said. “They need to live beyond their ability and focus on eternity. The problem with the average Christian is that we think way too small and think only of today. I hope Christians will walk away from this movie being inspired to look beyond their own limits, to believe God really can do impossible things with ordinary people.

Previous: Integrity Roofing Surprises Local Charity with Award
Next: Wicked. An unintended allegory for our time? 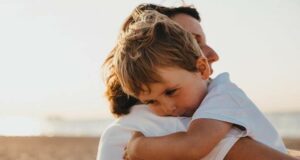